Alfalfa, or lucerne, and botanically known as medicago sativa, is a perennial flowering plant belonging to the fabaceae family. It originated from Central and South Asia but it escaped cultivation and is now grown in most regions of the world as a high-value fodder crop.

Alfalfa has been used as fodder for years and is the most cultivated forage legume due to its high protein and digestible fiber content. The plant is used in both fresh and dried form to feed horses and cattle.

Lucerne is said to have been discovered by Arabian horsemen who noticed that their horses put on weight, improved performance, and looked healthier whenever they fed on the plant. They also realized that people who fed on the plant enjoyed similar benefits.

The plant is highly tolerant and can endure harsh growing conditions. At maturity, it features clover-like leaves and beautiful purple-colored flowers.

[Disclaimer: Alfalfa is known to cause sun sensitivity and low red blood cells in some people. In addition, The Right Flowers is not a medical site. Knowledge of and information about the therapeutic benefits and applications of plants, while known through the ages, does not constitute medical advice. If you are having health issues, you should consult with a physician.]

Apart from feeding animals, alfalfa is also used as human food. In western countries, sprouting alfalfa is mainly used to enhance salads or soups and is considered a great delicacy. In addition, lucerne can be crushed to extract its juice. Alternatively, the leaves are dried and tossed into boiling water to make a refreshing herbal infusion.

Alfalfa flowers can be eaten raw, unlike its seeds which can only be eaten as sprouts. The flowers have a sweet, nutty flavor and are considered the tastiest part of the plant. In addition, the leaves can be cooked or eaten raw, but they are less tasty compared to the flowers.

Nutritional experts say that alfalfa is one of the most nutritious foods in the world, which earns it a place among superfoods. The plant is rich in B1, B2, B3, B6, B17, C, D, E, and K. It is known to contain sufficient levels of phosphorus, boron, calcium, silicon, zinc, potassium, cobalt, sodium, chromium, manganese and aluminum. It is also rich in amino acids and proteins.

Alfalfa is not just good for food and fodder purposes. The plant is also known to contain many helpful phytochemicals such as terpenes, alkaloids, flavonoids, and phytoestrogens that are ideal for human health. It is ideal for preventing cardiovascular diseases by reducing cholesterol levels in the blood. It also assists in protecting the degradation of the nervous system.

Since lucerne contains calcium, it is good for stalling the onset of osteoporosis. In addition,
phytoestrogen, one of the phytochemicals in lucerne is known to mimic estrogen, the female sex hormone. This means that phytoestrogen can be used to manage the reduction of estrogen in women, thus effectively easing the effects of menopausal problems. The estrogenic effects are also said to reduce the risk of developing breast cancer.

Basically, consuming alfalfa regularly is good for your general well-being, making this plant one of the few superfoods that you dare not ignore in your diet. 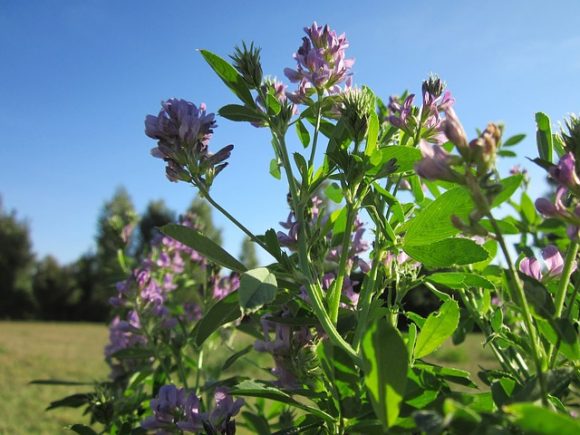 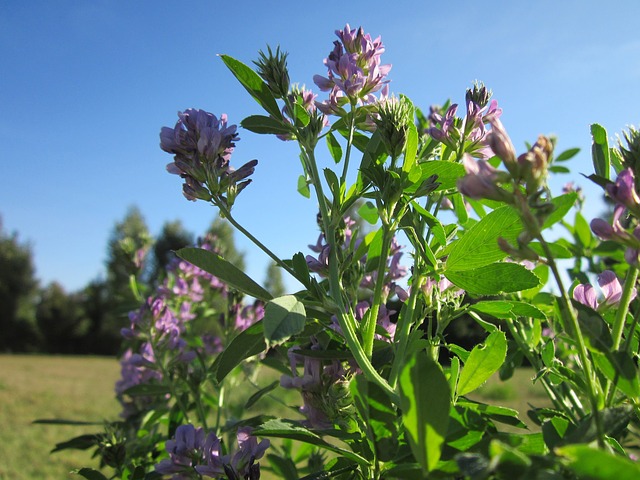 Article Name
Alfalfa, The Superfood Used as Fodder
Description
Alfalfa, or lucerne, and botanically known as medicago sativa, is a perennial flowering plant belonging to the fabaceae family. It originated from Central and South Asia but it escaped cultivation and is now grown in most regions of the world as a high-value fodder crop.
Author
Ephy