Angelica, also known as wild celery, is an imposing herb that grows to about 8 feet tall. The plant is as fascinating as its name sounds and has an aromatic fragrance. It blossoms in July featuring many small green or yellow flowers which are grouped into large, globular umbels.

Since the 10th century, wild celery has been cultivated for medicinal and culinary uses. In the Sami culture, the plant was used as a flavoring agent in reindeer milk. When it was introduced to western France, which was ravaged by plague as a herbal remedy, its beneficial properties caught on quite fast. With time, the people in the region realized it could also flavor liqueur, trout, jam, and omelets.

Part of the reason angelica is perceived as a unique culinary delicacy is due to its strong, aromatic odor. The fragrance, which is also used to make perfumes, was commonly used by Virginian Indians to attract deer which they hunted for food.

Basically, all parts of the angelica plant are used for culinary purposes. The roots, stems, leaves, and flowers contain essential oils that are used to flavor Chartreuse, Vermouth, and Benedictine. Its leafstalks, which look like celery, are normally used as a vegetable while the seeds are used in candies and cookies.

The leaves which should be harvested when they are tender have a mild, bitter taste but still pack the strong floral-carrot-like flavor of the plant. They can be chopped up in salads or used as a flavoring herb to enhance the taste of fish. In addition, the leaves can be blanched with a teaspoonful of baking soda, immersed in ice water, and dipped in sugar syrup. Then the leaves are rolled in sugar and dried to make aromatic garnishes for drinks or desserts. Its young shoots are can also be added to leaf or fruit salads to enhance their flavor.

The stems are candied and used in decorating cakes or flavoring cookies. To tenderize the stems, boil them for several minutes with a pinch of baking soda and peel off their outer skins. Chop into small pieces and candy them for use in cookies and cakes. You can also use them to garnish and flavor dishes such as poultry.

To get the best out of its tiny, aromatic flowers, harvest them early in the spring. Angelica blossoms are great for enhancing and garnishing cream cheese and fruit salads. In addition, the blossoms and other parts of the angelica plant can be used in orange marmalades, rhubarb and fruit syrups to reduce acidity.

All said and done, this plant is not only an imposing shrub but also a real delicacy judging from the many angelica culinary uses outlined above. 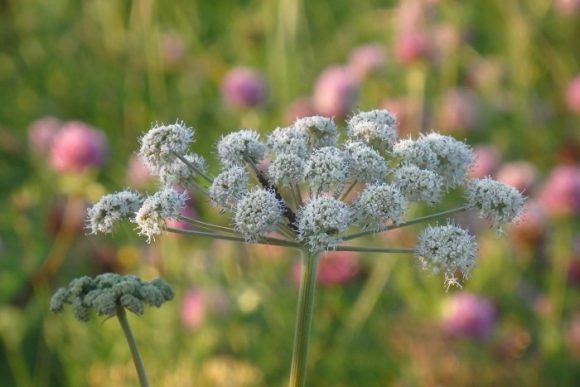 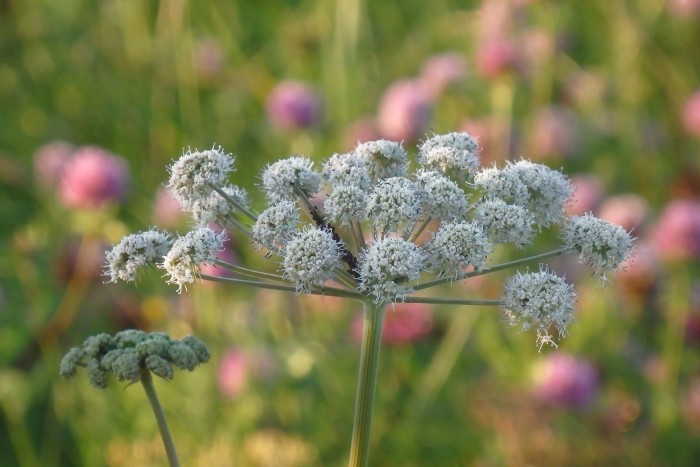 Article Name
Angelica culinary uses
Description
Angelica, also known as wild celery, is an imposing herb that grows to about 8 feet tall. The plant is as fascinating as its name sounds and has an aromatic fragrance. It blossoms in July featuring many small green or yellow flowers which are grouped into large, globular umbels.
Author
Ephy