Among the world’s rarest and most enchanting flowers, Impatiens bequaertii is part of the impatiens family but has no acknowledged species name. Most notable for their petals resembling little dancing ladies in skirts, they are commonly referred to as dancing girls.

Native to the rainforests of East Africa, where the climate is very mild (ranging between 45-80F (6C-26C), these little beauties bloom mainly in white and occasionally light pink. Adding to their appeal are two little spots of yellow on the petals that look like tiny buttons. Even their heart-shaped leaves are attractive in a combination of olive green and dark red.

Petite in stature, Impatiens bequaertii grow approximately one foot across with blooms measuring no more than ½” long. Though Impatiens are most often treated as annuals, this species is perennial and makes an excellent indoor plant. They grow well in a small pot and will blossom year ‘round when properly tended. Because they will trail and climb, dancing girls are also perfect for hanging planters.

Impatiens bequaertii alone has 300 positively identified species and nearly 900 other possible species still under investigation as possible new members. All told, there are more than 1,000 other kinds of impatiens flowers, including jewelweed, touch-me-not, snapweed and patience. Generally speaking, they prefer filtered light and humus-rich, moist, well-draining soil with humidity over 40-50%. Overwatering encourages fungus, while underwatering leads to flower and leaf drop.

Because they grow so well in shady areas and are prolific bloomers, impatiens are among the most popular flowers for spring gardening. And, while you’d be hard-pressed to find a dancing girl plant, other varieties of impatiens are inexpensive and readily available. Plus, they go well beyond the dancing girl palette with vibrant colors like red, violet, purple, coral and yellow.

The name ‘Impatiens’ comes from Latin, meaning–hang on now—“impatient.” The reason is that their ripe seed pods sometimes burst open from even a light touch, as if they were impatient to scatter their seeds. This characteristic is especially apparent in the jewelweed variety. Impatiens are tropical flowers and, when planted outdoors, will turn to mush in frost.

As mentioned at the outset, Impatiens bequaertii is extremely rare and exporting of the plant remains illegal. They can be grown from seeds, though and are available for purchase at a number of online vendors. Here are a few direct links:

If you’re taken by this extraordinary flower and looking for a unique gift, there is a very impressive handmade flower stem available on Etsy:
https://www.etsy.com/listing/668455002/dancing-girls-impatiens-impatiens 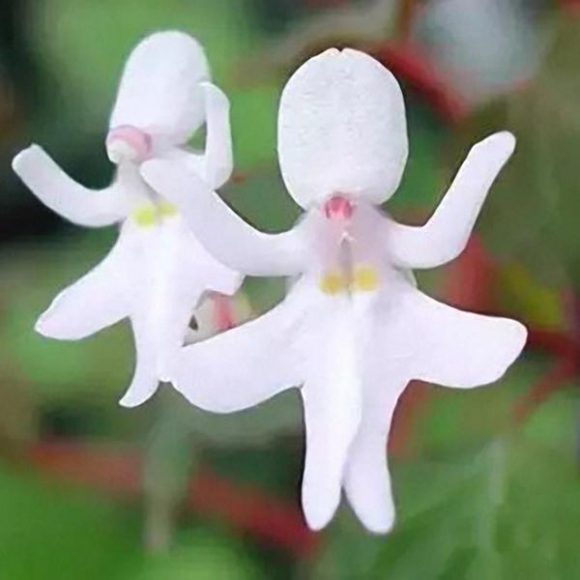 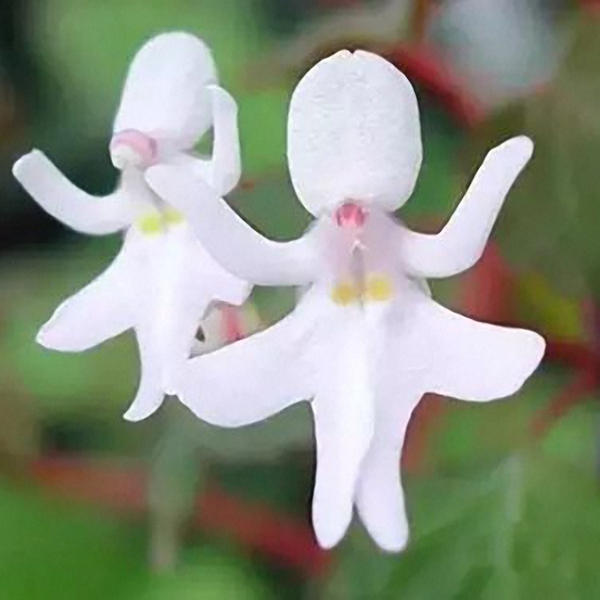 Article Name
Bring on the Dancing Girls: Impatiens Bequaertii
Description
Among the world’s rarest and most enchanting flowers, Impatiens bequaertii is part of the impatiens family but has no acknowledged species name. Most notable for their petals resembling little dancing ladies in skirts, they are commonly referred to as dancing girls.
Author
Phyllis S
www.therightflowers.com

“Exploding” Jewelweed is Popping with Fun

Set Your Garden on Fire with Gloriosa Superba