Eschscholzia californica, commonly known as California poppy, or gold poppy, is a wildflower native to the western part of the US and Mexico. However, this annual plant is now naturalized in most of North America, Australia, Europe, and Chile.

The plant was chosen to be the official state flower of California on March 2, 1903, owing to its showy flowers. Since then, California Poppy Day is celebrated annually on April 6.

Gold poppy has fern-like leaves and four-petaled, cup-like flowers in yellow, pink, orange or red colors that open at sunrise and close at dusk. The plant is hardy, self-seeding, and drought-resistant. Gardeners love California poppy for its showy flowers, as it brightens gardens, and for its medicinal qualities. The plant prefers to grow in disturbed areas and can be found thriving in disturbed places including alongside roadsides.

While this plant is in the same family as the opium poppy (papaver somniferous), its active compounds are isoquinolone alkaloids, not opioids, which make it harmless compared to its addictive cousin. One of the active compounds in the gold poppy plant is californidine, an alkaloid which has sedative effects minus the disorientative aspect of opioids. In addition, californidine can be used long-term without getting dependent on the substance compared to most sedatives.

In low doses, californidine has relaxative effects, but in higher doses, it induces sleep, gently. This explains why California poppy infusion was administered to restless, colicky babies. In addition, the plant has analgesic properties.

Studies show that extracts from the gold poppy plant work partially by blocking noradrenaline and serotonin transporters. There are studies that seem to suggest that California poppy may also have the ability to inhibit dopamine-B-hydroxylase. This is a transmitter that carries signals to and fro brain cells, which contribute to feelings of reinforcement, reward, and addiction.

Though this plant is popular for its anxiety-calming effects, Pomo Indians in California used extracts of the plant to dry up nursing mothers’ milk. Other native tribes used decoctions and infusions of the California poppy flower to eliminate lice and calm toothaches.

While the medicinal properties of the poppy are found throughout the plant, most people use the newly opened flowers as they contain the highest concentration of the beneficial compounds. When fresh, California poppy contains cyanogenic glycosides which are poisonous when consumed in large amounts. To avoid the risk of ingesting these toxins, the flowers and other aerial parts are dried for several weeks before being used for medicinal purposes.

Whether you choose to grow California poppy for its beautiful flowers or medicinal properties, there is no doubt that this is a flower you should have in your garden. 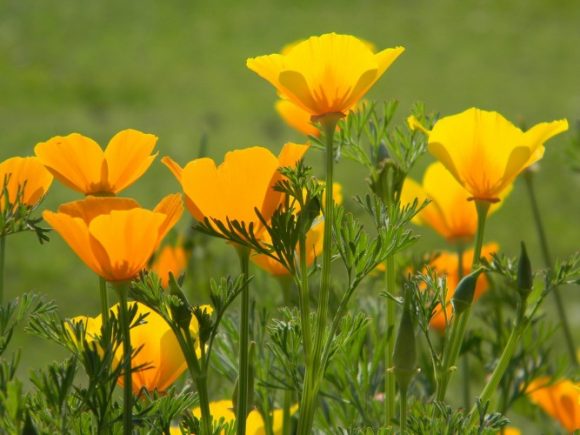 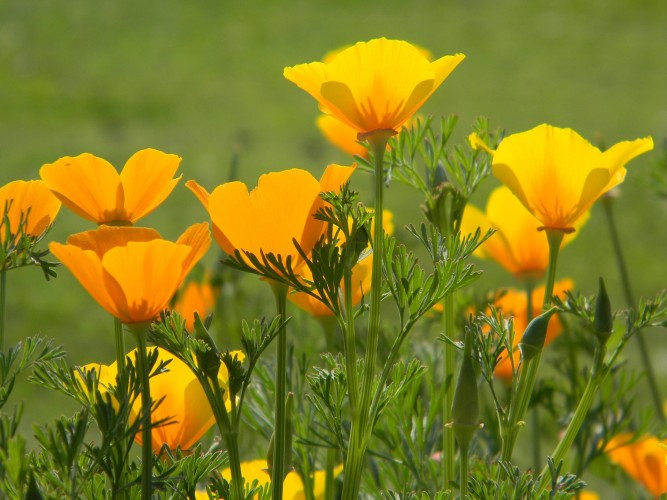 Article Name
California poppy flower for anxiety
Description
Eschscholzia californica, commonly known as California poppy, or gold poppy, is a wildflower native to the western part of the US and Mexico. However, this annual plant is now naturalized in most of North America, Australia, Europe, and Chile.
Author
Ephy

The Poppy: The Official Flower of August

California Flowers that are in Season this June
Comments: 0 Posted by: Florist Ephy Categories: Beneficial Properties of Flowers