Daffodil, botanically known as narcissus pseudonarcissus, is a perennial, spring-flowering herb commonly found growing wild in grasslands, parks, and gardens in temperate areas. It does well in areas with full sunlight though it also thrives in partial shade.

Daffodils symbolize hope, rebirth and new beginnings. As cut flowers, the yellow or white blossoms are offered to indicate good fortune and happiness. However, not many people know that these flowers possess medicinal capabilities.

[Disclaimer:[Note: The Right Flowers is not a medical site. Knowledge of and information about the therapeutic benefits and applications of flowers, while known through the ages, does not constitute medical advice. If you are having health issues, you should consult with a physician. Studies have also pointed to the dangerous side effects resulting from unmonitored usage of daffodils. Ingesting some parts of daffodil such as the stem is known to cause complications such as rashes, shivering, and could lead to fainting. In addition, use of daffodil is known to cause extreme reactions including brain disorders or lung collapse]

Daffodils might be a miracle cure for cancer
Daffodils could be the missing link scientists have been seeking to unlock a cure for cancer. While this may sound like a far-fetched claim, studies from RNA Molecular Biology Laboratory shows that there is a link between extracts from daffodil flowers and cancer. Researchers have managed to extract a natural anti-cancer compound known as haemanthamine from amaryllidaceae narcissus, a daffodil variety native to Europe. Scientists noted that haemanthamine blocks the production of a specific protein which is critical for the growth of cancer cells.

According to the study published in the Cell Press, a scientific journal, cancer cells are highly sensitive to a reduction in protein synthesis. Haemanthamine achieves this by binding the ribosome, a protein builder in cells which help in the synthesizing process.

This compound is just one of the many therapeutic compounds of natural origin. Others in this category include quinine (the anti-malaria agent), morphine (an analgesic) and ephedrine (anti-asthmatic agent). All these are alkaloids derived from plants and used in the medical field.

The study on haemanthamine was the first to investigate the effects of the daffodil flower, which curiously, is the symbol of cancer charities. Previous studies concentrated on galantamine, a compound found in bulbs and leaves of the daffodil plant for use in treating Alzheimer’s disease in the early stages.

Daffodil’s yellow flower has been used in many countries including the US as the rallying symbol for pooling resources in the fight against cancer under the name ‘Daffodil Day’. The day represents hope in the language of flowers as people come together to lend a hand in search of a cure for cancer.

Ultimately, daffodil flowers seem to hold the promise of solving the cancer puzzle, however, there is a need for more research to test and understand the full effects of daffodil alkaloids. Currently, researchers are in a race to identify the most promising chemical combination which can be developed to lead in the fight against cancer. 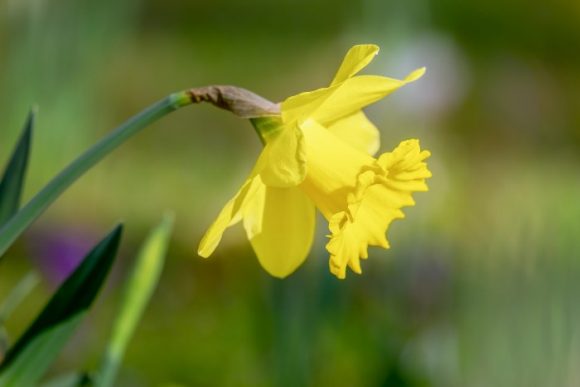 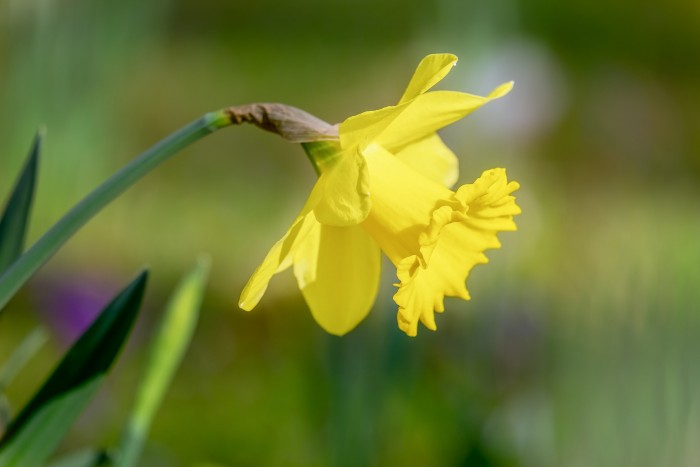 Article Name
Daffodil flowers: Offering a cure for cancer?
Description
Daffodil, botanically known as narcissus pseudonarcissus, is a perennial, spring-flowering herb commonly found growing wild in grasslands, parks, and gardens in temperate areas. It does well in areas with full sunlight though it also thrives in partial shade.
Author
Ephy