Dahlia, The Edible And Medicinal National Flower Of Mexico

Dahlia is a genus of perennial, herbaceous, flowering plants native to Mexico. The plant is a member of the asteraceae family alongside zinnia, daisy, and sunflower. Dahlia is the national flower of Mexico and one of the popular flowers among competitive flower growers in the world.

The dahlia genus consists of about 50 species with many different cultivars grown in gardens as ornamental plants. It has leafy stems that normally produce a single flower head per stem. The flowers are brightly colored with a wide variety of hues, but curiously dahlia is not known to produce blue blossoms.

Aztecs were the first people known to cultivate dahlias for their starchy tubers which were eaten as potato substitutes. Here, they were highly regarded and closely linked to the sun gods. The plants are known to have antibiotic quality while the inulin in the dahlia tubers was used as a natural sweetener. In addition, Aztecs used the blossoms and stems of the plants to carry water, especially on hunting expeditions as the plants store huge reserves of water in their stems. In the Hildago region of Mexico, ancient records show that dahlia flowers were used during the Toltec period to treat various ailments including epilepsy.

Dahlias are named after a renown Swedish botanist, Andreas Dahl who was also a student of Carl Linnaeus. During the 1800s, dahlia became famous as it was fronted as a substitute for potatoes. Later, people decided that dahlias were better off as ornamental plants rather than food. However, dahlia petals are still consumed by adding to salads while tubers are cooked and eaten as vegetables. The petals are commonly used to garnish desserts, cakes, and tarts.

Most of Aztec’s herbal and culinary knowledge about the plant was lost in the course of the Spanish Inquisition. Later, botanists were dispatched to Mexico to find herbs useful to Spain. It is at this time that Francisco Hernandez, one of the Spanish botanists, discovered dahlia growing in the wild. The renewed interest in the plant-inspired Antonio Cavinilles to grow several varieties of dahlia at the Royal Botanical Garden in Madrid where they were named after Dahl, the Swedish botanist.

Dahlia’s popularity as a long-lasting cut flower contributed to its journey to the US. Here, it became highly popular and eventually became the official flower of Seattle and San Francisco.

Ultimately, if you a flower enthusiast, dahlia is one of the high-value, sought after ornamental plants you want growing in your flower garden or yard. 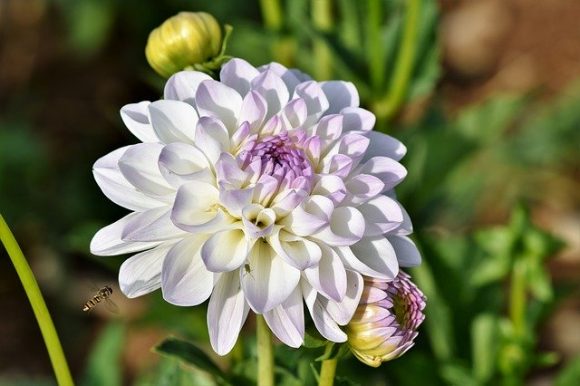 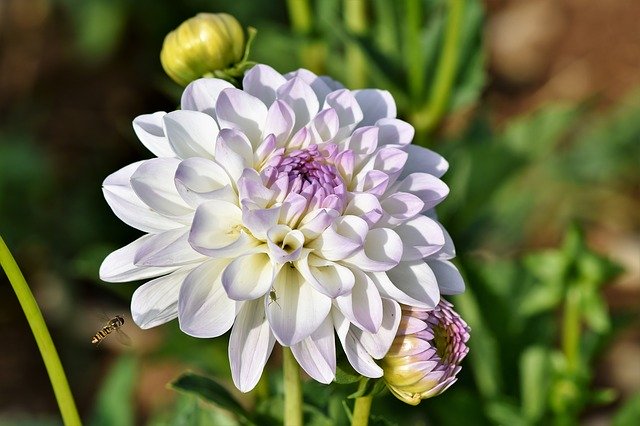 Article Name
Dahlia, the edible and medicinal national flower of Mexico
Description
Dahlia is a genus of perennial, herbaceous, flowering plants native to Mexico. The plant is a member of the asteraceae family alongside zinnia, daisy, and sunflower. Dahlia is the national flower of Mexico and one of the popular flowers among competitive flower growers in the world.
Author
Ephy

The Dignified Dahlia and its Many Messages

The Many Meanings of Dahlias