Delphinium, also known as black knight, or larkspur, is a herbaceous, low-growing, perennial flowering plant belonging to the ranunculaceae family with over 300 species. The genus name delphinium is derivedDelphinium, also known as black knight, or larkspur, from the ancient Greek word delphínion meaning dolphin due to the striking resemblance of its unopened flowers and the head of a dolphin. It is native to the Northern Hemisphere and African tropics. In North America, it thrives in USDA Zones 3-7 in well-drained, alkaline soils and prefers full sun.

[Disclaimer: Delphinium are known to contain norditerpenoid alkaloids. These compounds are highly concentrated in young plants and mature seeds. In large quantities, norditerpenoid alkaloids can cause cardiovascular toxicity resulting in irregular heartbeat and agitation among other symptoms. In addition,The Right Flowers is not a medical site. Knowledge of and information about the therapeutic benefits and applications of flowers, while known through the ages, does not constitute medical advice. If you are having health issues, you should consult with a physician.]

Black knights are loved by gardeners for their large, showy, beautiful flowers that blossom in summer. These come in a wide variety of colors including blue, white, lavender, yellow, red, purple, and pink. The flowers are borne on tall, slender spikes that resemble spires.

Delphinium flowers are made up of five petals with sepals that grow together forming a hollow pocket that has a spur at the end. They are considered excellent options in the cut flower industry because they can last for days in a vase. Their beauty and longevity probably explain why they were used by the ancient Egyptians to decorate their mummies.

Apart from their good looks, delphiniums have been used by herbalists for ages to treat colic and as a purgative. North American Cherokee Indians used delphinium flower infusion to treat heart problems. The Pakistanis used its flower decoction to treat chest problems, cough, throat problems, high blood pressure, and piles.

In modern science, delphiniums are known to have broad-spectrum medicinal effects. Larkspur has antiparasitic properties. Extracts from the plant are made into tinctures and lotions which are topically applied to eliminate parasites such as crabs and lice. In addition, delphiniums contain cardiotonic, anti-inflammatory, anti-hypertensive, analgesic, and vasolidative activities.

Delphiniums are also known for promoting hair growth and preventing as well as treating hair loss problems such as alopecia. Researchers investigating the efficacy of larkspur realized that the plant contained compounds that stimulated human keratinocyte cells. In addition, researchers noticed that delphinium did not cause toxicity in endothelial and keratinocytes cells.

Delphiniums’ beauty and longevity as cut flowers make them a great choice for gardeners and flower lovers. Now that you know they have some medicinal value, it is time to consider having these plants in your flower garden. 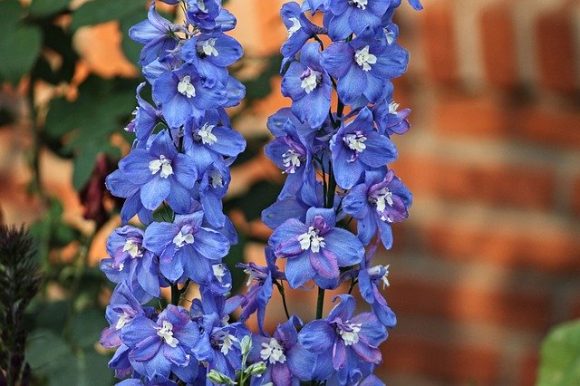 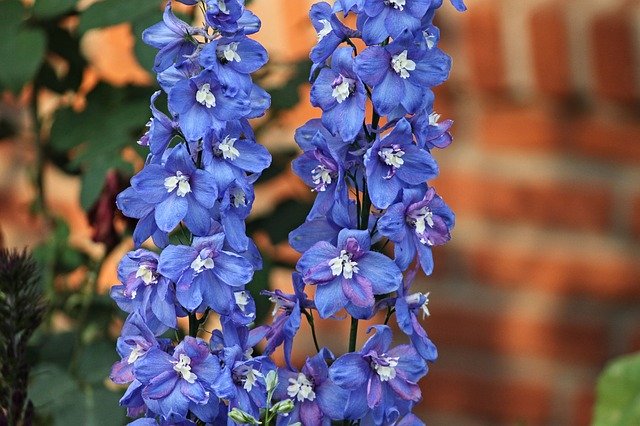 Begonias: Much More Than Beautiful Flowers

Delphinium and Larkspur Send a Message of Heroism