Edible Peony Flowers – How to Eat Them!

Peonies were a popular hit during the medieval time especially when they were in season. While the seeds and roots are edible, it is the flowers that are commonly used in the culinary world as they taste great and impart pink hues to foods and beverages.

The petals can be tossed into salads or sprinkled on top of a dessert. In some parts of the world, the petals are blanched, sweetened and served with tea. One of our favorite ways of using peony petals to eat is in ice cream!

Process: Pluck the petals from 6 of the peony flowers. Wash them thoroughly to get rid of bugs and dirt.

In a saucepan set over medium heat, add the cream, whole milk, and peony petals. Stir the mixture until it is about to boil and turn off the heat. Allow the mixture to steep for 30 minutes and strain the blossoms. Repeat the process with the remaining flowers using the same cream to double-infuse the cream and give the mixture a strong floral flavor.

Next, whisk the eggs in a bowl until they are light. Once they are done, add the sugar bit by bit until it is fully dissolved in the mixture.

Pour a cup of the strained cream into the egg mixture as you whisk, then, pour the mixture into a saucepan with the rest of the cream. Cook the cream over medium heat and stir constantly until the mixture forms a thin layer at the back of the spoon.

Remove the mixture from heat, pour it into a container and set it in a refrigerator until it completely cools down.

Now, make a strawberry syrup by placing the berries into a saucepan over low heat while stirring and squashing them with a spoon until they turn into a mushy mess. Add in the honey as desired, allow to simmer and remove from heat. Strain and store it in the refrigerator until it has completely cooled down.

Once sufficiently agitated, place the mixture into the freezer to solidify. Enjoy the peony ice cream with strawberry at your pleasure.

Peonies are highly versatile flowers and can be included in many dishes. When it comes to peony recipes, your creativity is the limit. 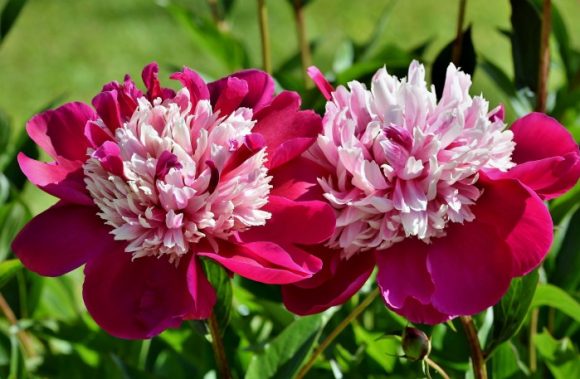 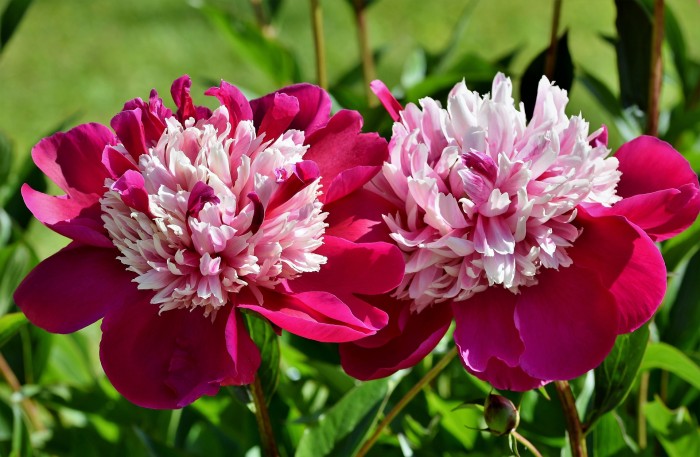 Article Name
Edible peony flowers - How to eat them!
Description
Peonies were a popular hit during the medieval time especially when they were in season. While the seeds and roots are edible, it is the flowers that are commonly used in the culinary world as they taste great and impart pink hues to foods and beverages.
Author
Ephy

Pretty and delicious: how to eat carnations

Are Hibiscus Flowers Edible? Good Enough to Eat and Drink
Comments: Comments Off on Edible Peony Flowers – How to Eat Them! Posted by: Florist Ephy Categories: Edible Flowers - Flowers as Food