Gulmohar, also known as flame tree is a beautiful, deciduous, flowering tree belonging to the leguminosae family. The tree is also known as peacock flower tree, royal poinciana and botanically referred to as delonix regia.

Gulmohar is native to Madagascar but can now be found growing in most tropical and subtropical regions of the world. The tree’s origin was unknown until the 1930s when Wensel Bojer, a botanist, is said to have stumbled upon it in Madagascar. Today, it is widely cultivated as an ornamental plant in gardens and along roadsides. In addition, the tree is used to enrich and stabilize the soil.

The flame tree thrives in clay to sandy soils with plenty of sunshine. It is normally propagated by seeds that take a couple of years before germinating. To break the dormancy of the seeds and hasten the germination process, the seeds are boiled for 24 hours and planted in nurseries where they germinate in about a week. Apart from seeds, the tree can be propagated via cuttings.

Flame tree is considered one of the most colorful trees in the world. For weeks in spring and summer, the tree brings forth clusters of beautiful, flame-red blossoms. The flowers have spoon-shaped orange-red or scarlet petals with white or yellow marks.

While the tree is famous for its pretty, fiery flowers, gulmohar has many other practical uses as it is harvested for food, medicine, fuel, beads, and timber. Gulmohar’s beautiful flowers and fern-like leaves are known to have potent medicinal qualities. Phytochemicals in the flowers and leaves such as phenolic compounds, flavonoids, sterols, saponins, alkaloids, steroids, phytotoxins, and triterpenols give the tree medicinal value. These compounds have anti-bacterial, anti-inflammatory, anti-microbial, hepatoprotective and anti-diarrhea activity.

Anti-microbial and anti-inflammatory
Extracts of gulmohar are known to inhibit paratyphoid fever caused by salmonella enterica. The plant is also known to inhibit the growth of shigella dysenteriae and candida albicans. The flame tree has also shown a lot of promise in treating rat-paw edema.

While gulmohar tree has been a sought-after ornamental plant the world over for its beautiful, fiery flowers, modern science is proving that gulmohar has much more to bring to the table apart from its flamboyance. 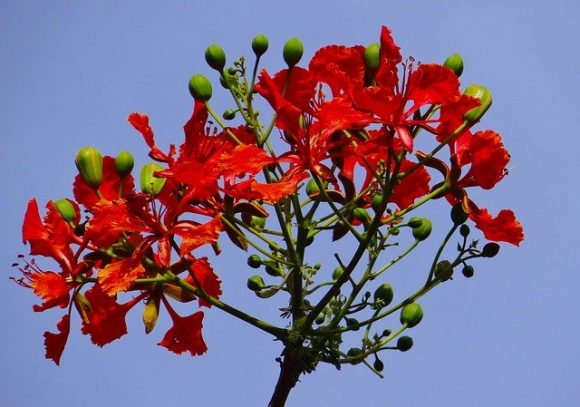 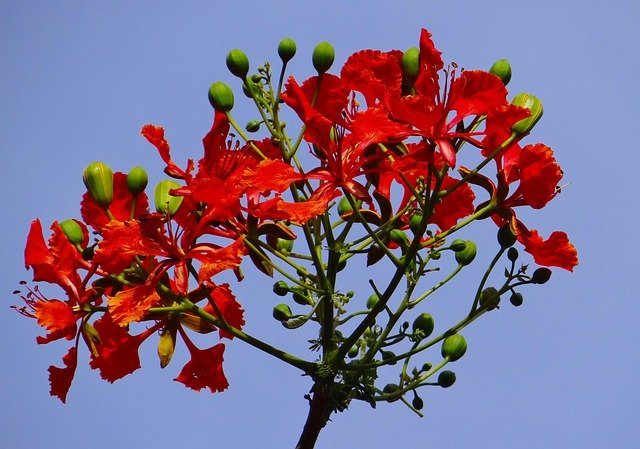