Frangipani, also known as common frangipani, nosegay, temple flower, and botanically referred to as plumeria rubra, is a small deciduous shrub native to Central America, Mexico, and Venezuela. With time the plant spread to other regions and is now a common sight in most countries around the world.

Frangipani is highly prized as an ornamental plant due to its showy, fragrant flowers. It is commonly planted in gardens and yards for its decorative appeal. In Hawaii, the showy flowers are used to make welcoming floral arrangements known as leis. These are hung around tourists’ necks or used as table decorations.

Frangipani’s botanical name, plumeria, is derived from a French botanist’s name, Charles Plumier. The botanist is credited with discovering the beneficial properties of frangipani flowers.

The shrub blossoms between March and September, bringing forth showy, white, pink and yellow flowers. Apart from being showy, the flowers and leaves of the frangipani shrub have other qualities. These parts of the plant have medicinal properties and can be cooked as vegetables.

Primarily, the plant’s popularity is not due to its ornamental or edible qualities, but rather, it stems from the shrub’s blossoms which have endowed the world with the famous frangipani oil. The flowers are normally dried for several days before being put through distillation to produce the renowned essential oils. These oils are widely used in the herbal, perfume, and aromatherapy industries.

Frangipani flower oil is normally light yellow and mildly viscous. It has a rich, exotic, heady scent that is often described as romantic and sensual. The oil can be used via topical application or diffusion. When used in aromatherapy, frangipani oil is highly penetrative. It refreshes, renews, and revitalizes the body, mind, and soul.

Antibiotic
Frangipani flower contains many compounds that make it an ideal antibiotic. These include lupeol, triterprenoid, fulvoplumierin, and amirin. These compounds give the flower analgesic, and antipyretic qualities.

In a study published in the World Academy of Science, researchers sought to find out the effects of frangipani flower extracts against Klebsiella pneumonia, Escherichia coli, and Staphylococcus aureus using the disk technique.

Frangipani flowers are truly beneficial. It brings cheer to your garden or yard, lifts up your moods and kills off disease-causing pathogens. 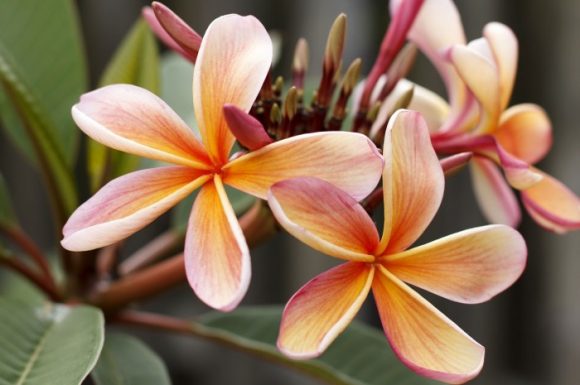 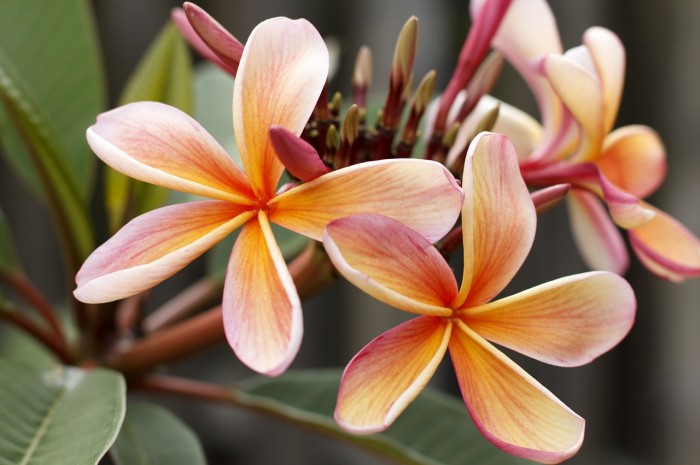 Article Name
Frangipani flower: Nature's fragrant antibiotic?
Description
Frangipani, also known as common frangipani, nosegay, temple flower, and botanically referred to as plumeria rubra, is a small deciduous shrub native to Central America, Mexico, and Venezuela. With time the plant spread to other regions and is now a common sight in most countries around the world.
Author
Ephy