Freesia is the Right Flower to Give to Someone Sweet

Freesia is a well-known multi-bloom flower with a distinctive sweet scent. Freesia is available in gentle pastel colors such as white, yellow, pink and lavender. It is among the most popular choices for floral bouquets.

Freesia is beloved in bridal arrangements due to its elegant trumpet-like blossoms and lovely fragrance that can fill a room. Furthermore, freesia is said to represent trust, making it a significant detail in the wedding ceremony. It is also the traditional flower for the seventh wedding anniversary.

Discovered in southern Africa in the mid-1800s, it was originally called “Cape lily of the valley”. The name was later changed to honor Dr. Friedrich Freese, a medical doctor and botanist. Dr. Christian Ecklon named the plant after Dr. Freese to commemorate their camaraderie, beginning the tradition of freesia symbolizing friendship.

A member of the iris family, all of the recognized species of freesia can be directly traced back to Africa. Because they are indigenous to sub-tropical climates, freesia can be difficult to grow in more temperate areas. Thus, they are more often seen as cut flowers rather than grown in a garden.

Freesia grow in clusters atop a long stem. Once they have begun to bloom, the stem has a way of bending so that the flowers are always facing upward. This can be used to send a message of uplifting optimism to someone you care about.

Since Victorian times, the various colors of freesia have had unspoken meanings. White stood for purity, pink for maternal love, and yellow conveyed joy. A bouquet of mixed colors, including bi-color blooms, sent a message of friendship to the recipient.

Freesia is well known for its pleasing fragrance. It is predominantly sweet, although not overly heavy. It has even been described as fruity. Freesia is a common note in scented soaps and lotions. There is even speculation that there may be a note of freesia in the majority of the world’s most popular perfumes.

Because of its sweet fragrance, freesia is frequently used in aromatherapy as a relaxation aide. Both the cut flowers and the essential oils derived from them are used to invoke calm and tranquility.

According to many florists, freesia are one of the longest lasting cut flowers used in arrangements. This makes them an excellent gift, as the blooms and scent will continue to convey happy sentiments for up to two weeks. Use freesia to send loved ones a sweet message that will not soon be forgotten. 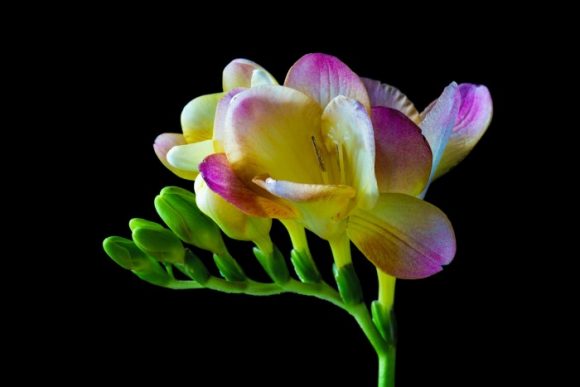 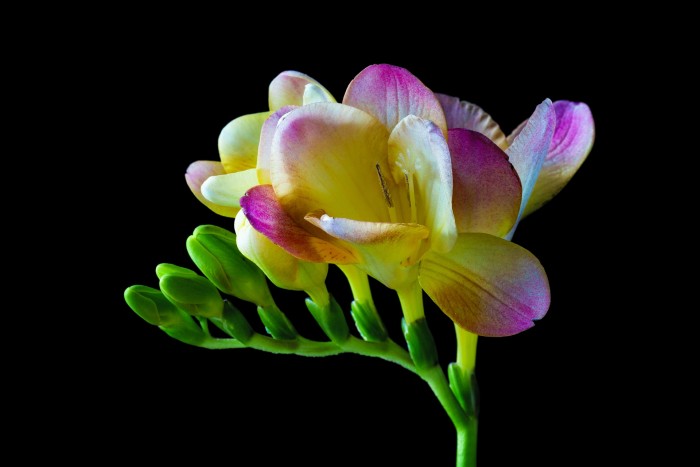 Article Name
Freesia is the Right Flower to Give to Someone Sweet
Description
Freesia is a popular multi-bloom flower with a distinctive sweet scent. Freesia is available in gentle pastel colors such as white, yellow, pink and lavender. It is among the most popular choices for floral bouquets.
Author
Margarette M.

Fragrant Flowers to Give as Gifts

For Friendship and Innocence, Gift the Fragrant Freesia

Use Orange Flower Water to Create a Sweet Gift