Grow Your Cannas and Eat Them Too

Canna plant, also known as canna lily (it is not a true lily) is a perennial, rhizomatous, flowering tropical herb. It is native to the tropical regions of North and South America. In its natural habitat, the canna plant occurs in damp places along the banks of rivers and along rivers.

The canna lily is highly forgiving and is considered a low maintenance ornamental that will give color and foliage to your garden without asking for much in return. Ideally, it should grow in places with full sunlight and plenty of warmth. However, it can tolerate partial shade but is not likely to produce showy flowers compared to when grown in full sunlight. And while canna prefers moist conditions, it can thrive in well-drained soil as long as the soil has rich organic matter.

Canna lily foliage resembles banana leaves. The two plants are closely related and share many similarities. Most of the time, the color of the foliage depends on the cultivar and may vary from maroon to bronze and green.

In summer, it produces large flowers that resemble the iris plant flowers. The flowers range from orange to red and orange. The bold flowers are short-lived and only open for a day before closing the shop to give way to fruits.

Canna is not just a lovely ornamental plant but also a valuable source of food. Historical records show that people have been eating cannas for as far back as the Indians of the Andes. While all canna species are edible, some are considered better for food purposes compared to others. Canna lily species that are considered ideal for eating have larger and thicker rhizomes or tubes compared to the tough and wiry varieties.

The most popular canna species used for food purposes is canna edulis. In South America, it is commonly known as achira and is considered a superfood. If you travel to Peru or Vietnam, you are likely to find canna tubers on sale in the fresh produce market because the plant is a starch staple there.

All parts of the canna plant from the flowers to the roots are used for food purposes. The leaves are great for wrapping burritos while the flowers can be used for garnishing. The rhizomes are dried and crushed or ground into flour which is considered an ideal substitute for people experiencing gluten intolerance. The rhizomes or tubers are also boiled or baked and eaten just like potatoes. Canna tuber skins are usually tough so, unlike potatoes, they require more time to cook. When they are thoroughly cooked, the tubers are soft just like well-done potatoes and their skins come off easily, unlike when they are raw.

Now you know that canna lilies are not just for decorative purposes in your garden, you can eat them too. 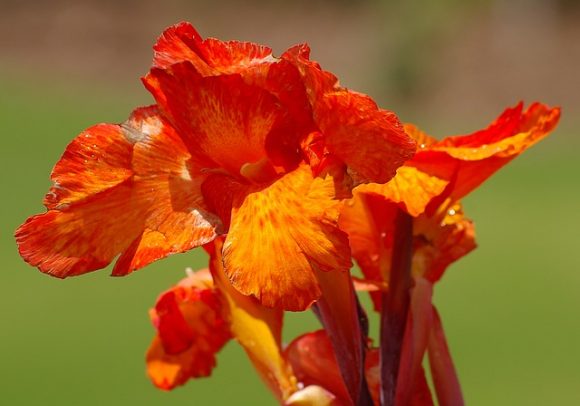 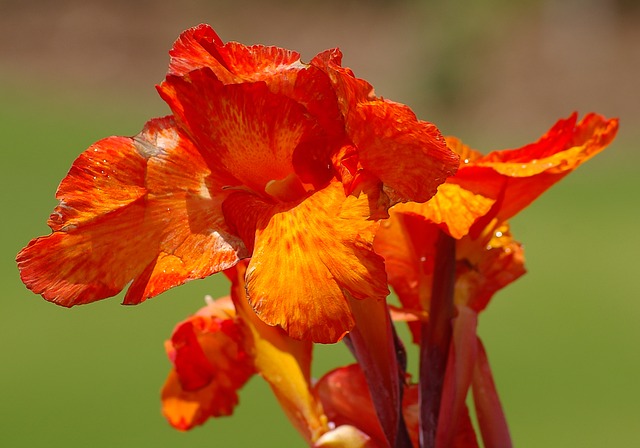 Article Name
Grow Your Cannas and Eat Them Too
Description
Canna plant, also known as canna lily (it is not a true lily) is a perennial, rhizomatous, flowering tropical herb.
Author
Ephy

How to Grow Flowers You Can Eat