Harebell Flowers: A Beneficial Plant With A Bunny Connection

Harebell, botanically known as campanula rotundifolia, is a small, hairless, creeping, flowering, perennial herb. The plant belongs to the bellflower family. It has trailing stems with small club-like leaves at the base.

Harebell is also known as fairies thimble, devil’s bell, and bluebell. The plant commonly occurs in Eurasia, North America and throughout the northern regions of the world. It inhabits sand dunes, meadows, heaths, roadsides, grasslands and shorelines. The plant is highly tolerant and can grow in full shade, full sun or partial shade.

Harebells can be easily identified by a milky, sticky, white, harmless sap they produce when broken or crushed. They can also be identified by their colorful, droopy, bell-like blossoms.

Bluebell’s genus, campanula, is a Latin word meaning little bell. Its flowers are bell-shaped which might explain their name. Apart from probably deriving its name from the plant’s genus, there are many other explanations for harebell’s name.

A popular school of thought holds that the name harebell is derived from one of the many folklores surrounding this plant. According to this folklore, witches extracted juices from the flower to change themselves into bunnies. In yet another narrative common in the British Isles, it was believed that the flowers were alarm bells that went off whenever foxes tried to sneak around hares to catch them.

During the Victorian Era, there was popular folklore claiming that fairies slept in the bells. Others held that maidens who counted the harebells they saw three times at sunrise had their eyes opened to see fairies who helped them to fulfill their wishes.

Harebells bring forth violet-blue, white, blue or pink blossoms from July to October. These flowers are a common sight in summer as they feature beautiful, distinctive, nodding flower heads. The blossoms occur on long, thin stalks in loose clusters or singly. Though these beautiful flowers are scentless, they often attract bees and other insects in search of the nectar within.

Bluebells have always been cherished as ornamental plants by gardeners for their beautiful flowers. In addition, the blue flowers of the plant were used to produce a dye for making tartan patterns.

Harebell’s flowers and leaves are edible and in some instances, they are grown as vegetables. However, in most circumstances, harebells are foraged in the wild. They can be eaten in salads or cooked as a potherb. You can also add them to smoothies or into homemade dips. Though the plant has edible aerial parts, they are bland and rarely pack much flavor.

Ultimately, whether you grow them for their rich history, or for their beautiful flowers and edible qualities, harebells are great flowers to have in your garden. 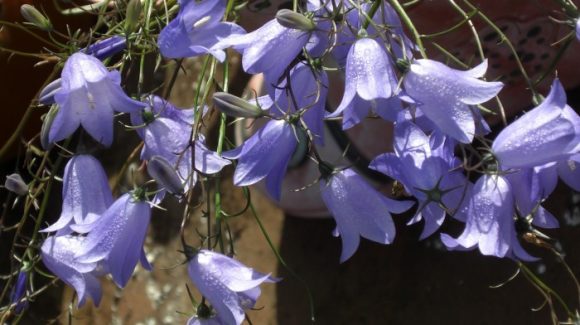 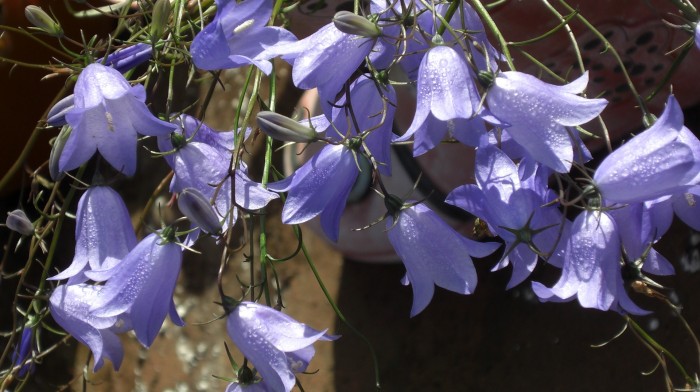 Article Name
Harebell flowers: A beneficial plant with a bunny connection
Description
Harebell, botanically known as campanula rotundifolia, is a small, hairless, creeping, flowering, perennial herb. The plant belongs to the bellflower family. It has trailing stems with small club-like leaves at the base.
Author
Ephy

Primrose is the Perfect Plant for National Nurse’s Day

Flowers to Plant During Spring for a Summer Garden