Hibiscus is a Bold Statement of Beauty

Hibiscus are a family of five-petaled flowering plants often associated with exotic tropical locales. The hibiscus flower is considered to be quite feminine, as the petals are often ruffled and come in warm shades of reds, pinks, and lavenders. Thus, they are often depicted in paintings showing women either wearing the hibiscus blossom or surrounded by it.

Because the individual flowers often last for only one day, hibiscus are said to represent fleeting youth, beauty and fame. As with many flowers, red conveys romantic love and white expresses purity. Pink hibiscus blooms send a message of friendship and yellow indicates wishes for good luck.

The hibiscus is the national flower of Malaysia, South Korea, and Haiti. It is the state flower of Hawaii, and is sacred to the goddess Kali in the Hindu religion.

While it is frequently associated with tropical climates, these members of the mallow family are also found in temperate climates. With ample sunlight and well drained soil, these showy shrubs can thrive in many growing zones.

Hardy hibiscus are also known as rose of sharon. They are able to withstand much colder winter temperatures than their tropical cousins. In fact, rose of sharon bushes are so rugged that they are sometimes considered a nuisance, as they can multiply aggressively under the right conditions.

Hibiscus, whether hardy or temperate, make a lovely addition to the garden because they bloom for several weeks. With most varieties, the bloom time is in late summer or early autumn when there are few other plants flowering. Certain types of hibiscus can even have blossoms as large as ten inches across. These are commonly referred to as dinner plate hibiscus.

Hibiscus were given their name in the first century AD by the Greek physician and botanist Dioscorides. In the last two thousand years, several practical uses for the various parts of the plant have been developed. Hibiscus has been used in making both paper and rope. The structure of the plant is somewhat similar to cotton, as both are members of the mallow family.

Hibiscus flowers also have some medicinal value. Because they are rich in vitamin C, the petals are often used to make an herbal tea. This tart tea is served either hot or cold. There have been preliminary studies that suggest it might have a beneficial effect on blood pressure as well.

While not often sold as a cut flower in North America, the hibiscus or rose of sharon bush is a beloved addition to many gardens. Symbolizing love and beauty, the hibiscus makes a bold statement that your gift recipient will treasure for years. 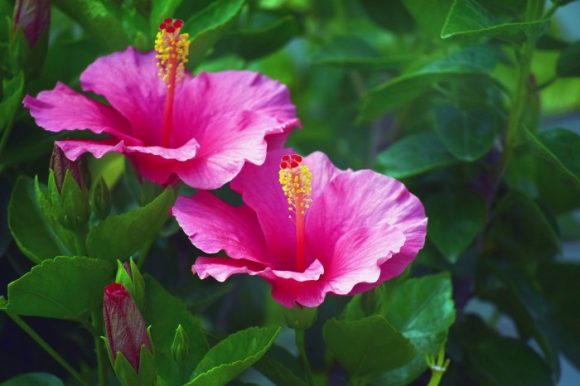 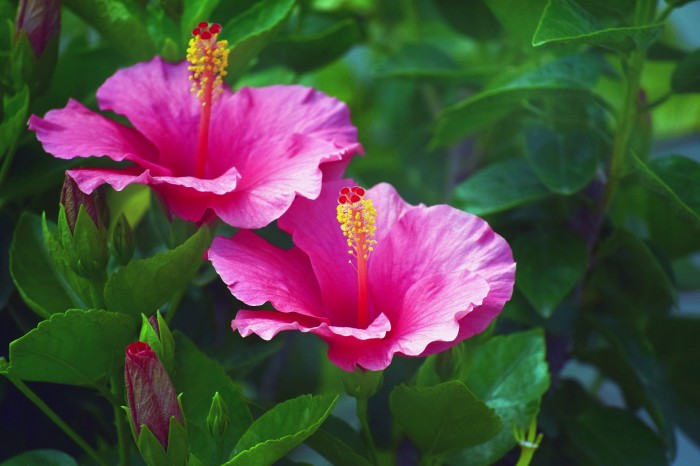 Article Name
Hibiscus is a Bold Statement of Beauty
Description
Hibiscus are a family of five-petaled flowering plants often associated with exotic tropical locales. The hibiscus flower is considered to be quite feminine, as the petals are often ruffled and come in warm shades of reds, pinks, and lavenders.
Author
Margarette M.

The Magnolia’s Long History of Symbolizing Grace and Beauty

Wishing Someone Well; Bold and Bright Get Well Soon Flowers