Impatiens is a genus of about a 1,000 species of perennial flowering plants naturally occurring in the tropics and the Northern Hemisphere. These flowering plants are commonly referred to as jewelweed, impatiens, patience, touch-me-not, busy Lizzie and snapweed.

Touch-me-nots have been described by various people trying to capture their essence. However, the description by the 18th century English physician, Erasmus Darwin, grandfather to Charles Darwin, says it all. Entrusted with the difficult task of identifying a herbal cure against several diseases plaguing Europe, he wrote” “with fierce distracted eye impatiens stands, swells her pale cheeks and brandishes her hands. With rage and hate the astonished groves alarms. And hurls her infants from her frantic arms.”

In one paragraph, Darwin summed up the behavioral traits of impatiens. These plants proliferate at high rates, thus rightly earning the name “impatient”. Botanists also fondly refer to the genus as “Busy Lizzy” because of the speed at which they flower.

While there are many varieties of impatiens plants, all of them have some medicinal use. Native Americans commonly used impatiens capensis, also known as jewelweed, for medicinal purposes. Curiously, impatiens capensis grows alongside poison ivy and is an effective remedy against the plant’s toxins. Herbalists faced with patients experiencing allergic reactions due to exposure from poison ivy would request the affected to show them where their body came into contact with the ivy and quickly prescribe impatiens capensis to alleviate the symptoms.

Impatiens are rich in antifungal and anti-inflammatory compounds including 2-methoxy-1,4-naphthoquinone. These compounds make the plant especially the jewelweed variety, a handy herbal remedy for various ailments.

The Potawatombi and tribes living in the Appalachia region used jewelweed to treat sores. In addition, some Native Americans held that drinking a cup of impatiens infusion in August or September protected them against poison ivy toxins for the following year.

Away from folklore and myths, jewelweed infusion has diuretic, emetic and cathartic capabilities. These properties are great for treating people who have ingested poisonous substances, alleviate depression and helps the body to get rid of excess water and salt in order to regulate blood pressure.

Early American settlers learned about jewelweed from Native Americans and quickly adopted it for treating skin-related ailments including dandruff and athletes foot. In 1672, John Josseyln reported that colonists considered the plant a potent remedy for bruises of every kind. A study conducted at the University of Vermont suggested that the flowering herb has potent antifungal compounds. The study showed that impatiens are ideal for treating ringworm, athlete’s foot, and dandruff.

To date, hikers and outdoor enthusiasts still use jewelweed and other impatiens species to treat nettle stings, insect bites and other skin irritations.

Ultimately, while there is a need for on-going research to confirm most of the claims about the health benefits of using busy Lizzies including the jewelweed variety, there are no doubts that impatiens medicinal properties have the ability to relieve suffering from minor and major ailments. 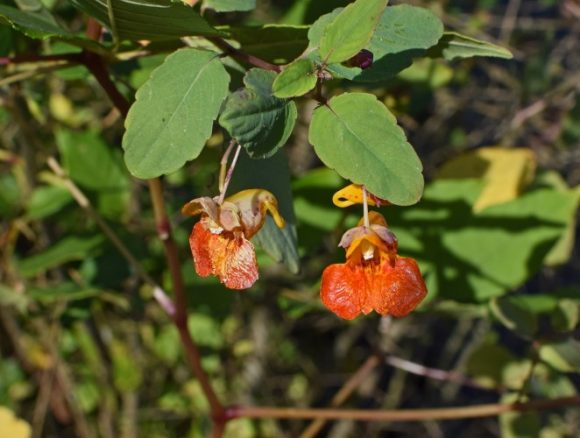 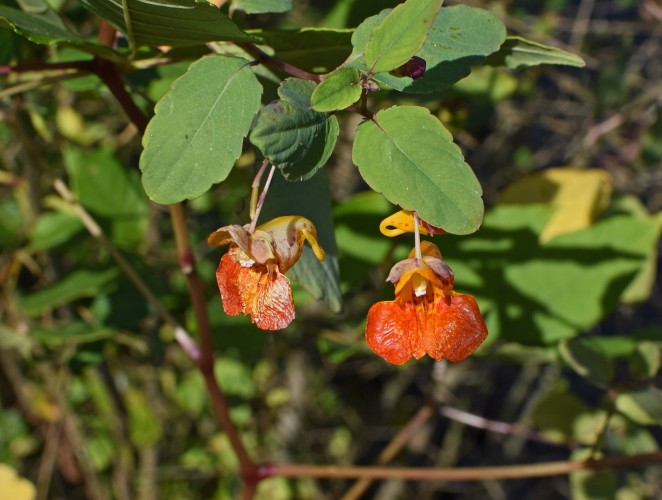 Article Name
Busy and potent: impatiens medicinal properties
Description
Impatiens is a genus of about a 1,000 species of perennial flowering plants naturally occurring in the tropics and the Northern Hemisphere. These flowering plants are commonly referred to as jewelweed, impatiens, patience, touch-me-not, busy lizzie and snapweed.
Author
Ephy

“Exploding” Jewelweed is Popping with Fun