Yellow bell is native to Central America and North America but has become established in other tropical and subtropical regions in Asia, Africa, and Australia. In the US, it occurs in USDA hardiness zones 7-11.

The shrub flowers from June to January bringing forth yellow, trumpet-shaped, fragrant flowers. The flowers are showy, making it a popular ornamental and landscaping plant.

Apart from being an ornamental shrub, yellow bell flowers have been used in folk medicine to treat many illnesses including cancer for years. Traditionally, the plant was used to lower blood glucose by South America and Latin American natives.

Basically, tecomine, an alkaloid, is one of the main medicinal compounds isolated from the plant. Tecomine is known to have hypoglycemic effects which explain why the plant is ideal for treating type 2 diabetes.

In a study published in the Pharmaturtor journal, yellow bell flower extracts have been evaluated for anticancer activity. Preliminary screening of the blossoms showed that they contain phenols, steroids, triterpenes, flavonoids, tannins, saponins, and anthraquinones.

Flavonoids are polyphenolic compounds occurring naturally in plants that have the ability to protect the body against cancer cells. Studies have shown that eating foods that are high in flavonoids is closely linked to low cancer risk as these compounds inhibit the carcinogenic process in various stages.

For this study, researchers used male albino rats. The rats were fed with standard pellet diet and water. The animals were divided into several groups including a normal control group, rats induced with cancer, rats induced with cancer and treated with 20mg of 5-flourouracil and two groups treated with 200mg and 400mg of the blossoms respectively.

After 14 days, researchers noticed that the flower extract inhibited the growth of cancerous cells as the dosage and concentration of extracts increased.

So, is yellow bell an anticancer flower? Judging from the evidence laid out in the above studies, yellow bell flowers seems to hold a lot of promise for cancer therapy. 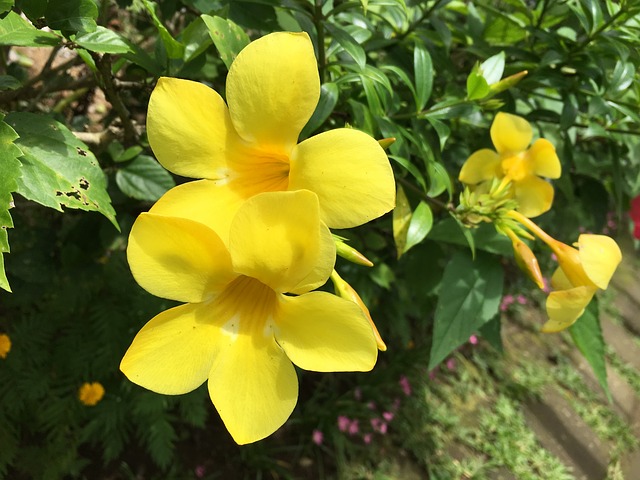 Hawthorn: A Heart-friendly Symbol Of Love
Comments: Comments Off on Is Yellow Bell An Anticancer? Posted by: Florist Ephy Categories: Beneficial Properties of Flowers