Lady’s Bedstraw: Beddings And Medicine In One Package

Lady’s bedstraw, also known as yellow galium curdwort, galio, maid’s hair, and scientifically referred to as gallium verum, is a flowering, sprawling perennial plant. The plant is native to Asia and Europe but is now naturalized throughout most of the North American states.

The plant thrives on dry banks mostly near water bodies such as seas. Between July and August, lady’s bedstraw produces tiny, bright yellow blossoms that are closely knit together forming tight panicles at the top of erect stems. Lady’s bedstraw is a strange plant as some varieties have no fragrance while others have a sweet fragrance that normally fills meadows, sand dunes, grasslands and river banks with a honey-like scent during the flowering season.

Curdwort’s flowers, leaves, and stems are used for medicinal purposes. The plant has tonic qualities, which explains why it is used to induce sweating for people running high fevers. Lady’s bedstraw is also used as an aphrodisiac and a purgative for people experiencing bowel movement problems.

Dioscorides, the first-century Greek physician often prescribed a tincture of lady’s bedstraw blossoms to treat bruises and burns. In addition, Culpeper, the 17th-century herbalist from England, used it generously to treat children with skin disorders as it has astringent qualities.

The plant’s English name, lady’s bedstraw, is derived from its popular use in ancient times when it was used by noblewomen to stuff their beddings especially when they were about to give birth. There is also the popular Christian folklore claiming that this plant was among the ‘Cradle Herbs’. These are herbs believed to be in the hay in the manger at Bethlehem where Jesus was born.

In essence, the main reason why the lady’s bedstraw is used in beddings is due to a compound in the aerial parts known as coumarin. This naturally occurring compound is what gives the flowers a fragrant scent. When these parts are dried in the sun, they still retain the fragrance which is closely likened to vanilla.

Apart from the names mentioned above, the lady’s bedstraw is also known as cheese rennet. This name is derived from an ancient practice of harvesting the flowering tops of the plant for their enzymes that curdles milk. The plant’s generic name, galium, is a Greek word, meaning milk. In addition, the flowers were harvested and crushed to extract the yellow color which was used to color wool and women’s hair which explains why it is also known as maid’s hair.

Now, next time you are out foraging and need a place to lay your head, how about looking around for lady’s bedstraw tops? You can also grow it in your backyard for beauty, fragrance, curdling milk or for medicinal purposes. 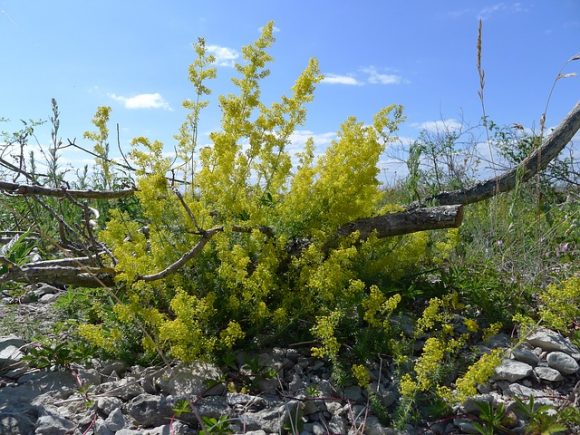 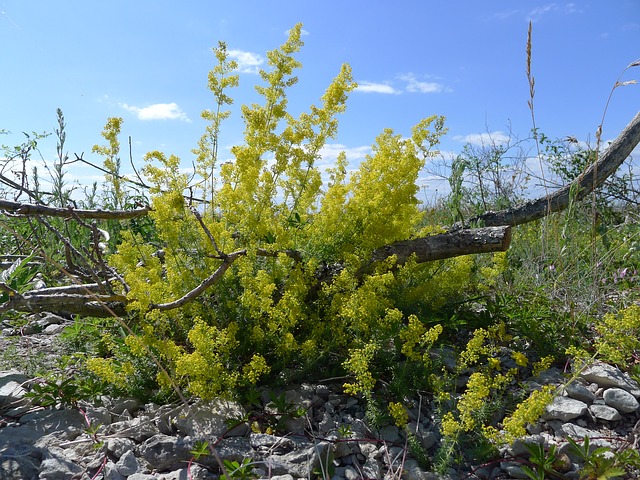 Article Name
Lady’s bedstraw: Beddings and medicine in one package
Description
Lady’s bedstraw, also known as yellow galium curdwort, galio, maid’s hair, and scientifically referred to as gallium verum, is a flowering, sprawling perennial plant. The plant is native to Asia and Europe but is now naturalized throughout most of the North American states.
Author
Ephy

Rose Water is an Essential Gift for Rose Lovers

Alexanders: Food And Medicine Rolled Into One Plant

Meet The Shrubby, Potent, Fragrant, Lady of The Night

How To Use Milk Thistle Flowers In Your Kitchen
Comments: Comments Off on Lady’s Bedstraw: Beddings And Medicine In One Package Posted by: Florist Ephy Categories: Beneficial Properties of Flowers