The majority of the world’s countries have a national flower that is meaningful to its people. These emblems may have been chosen by popular consensus, government selection, or a long-standing tradition in the history of the nation.

Most national flowers are indigenous to the area that they represent. Many have played a role in a region’s culture for hundreds of years or more. In general, the national flower is beloved by the people it embodies.

Some national flowers have been associated with their nation for thousands of years. For example, the lotus blossom has been sacred to Egypt for millennia. Representing purity and divinity, depictions of the sacred lotus are found in tombs dating back to 1500 BC or earlier.

Other national flowers have only been officially recognized for a short while. The United States adopted the rose as its national flower in 1986. On the other hand, the rose has been symbolic of England since the Wars of the Roses in the late 1400s. The regal rose symbolizes the disparate ideas of love and war to both of these nations.

Some flowers are so beloved that songs are written about them. Edelweiss, the daisy-like national flower of Austria and Switzerland, was immortalized in song by Rodgers and Hammerstein. Written for The Sound of Music, the lyrics laud the small flower whose name translates as white and noble.

The regal iris is popular in the many regions in which it grows. Irises of varying colors represent the nations of Croatia, Algeria and Jordan. The iris also signifies the Virgin Mary in the Christian tradition. The fleur de lis, as it is called in France, has stood for nobility for centuries. For those who would protest that the fleur de lis is surely a lily, we refer you to this article. Reasonable minds can differ as to which flower the fleur de lis is patterned after – we are in the “flowers along the Lis river” camp.

The exotic orchid seems to blossom everywhere that the tropical sun shines. Popular varieties of orchids serve as the emblems for Brazil, Singapore, Kenya, and Venezuela. While the meaning of the orchid varies with its color, these flowers generally represent love, especially when given as a gift.

Jewel-toned tulips grow wild in many nations and make a stunning display in spring when thousands of these flowers may bloom at once. This colorful member of the lily family is the national flower of Iran, Turkey, Hungary and Afghanistan. The tulip also represents Holland, which is famous for selling a single bulb for a year’s wages in the early 1600s.

In many nations around the world, there are flowers that celebrate national identity. These patriotic emblems represent the culture and diverse people found in each region. Celebrate the history of your homeland with your national flower and make a statement of pride in your heritage. Or give them to someone whose family or roots are from the country with which the flower is associated! 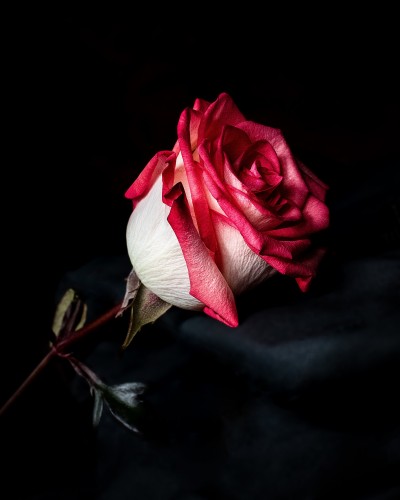 Article Name
Patriotic Petals: Check Out these National Flowers
Description
The majority of the world's countries have a national flower that is meaningful to its people. In general, the national flower is beloved by the people it embodies.
Author
Margarette M.

The National Cherry Blossom Festival is Coming to Washington D.C.

What to do with Leftover Valentines Day Rose Petals