Hyacinthoides nonscripta, commonly known as English bluebell, common bluebell or bluebell is a perennial, bulbous plant in the Lily (Liiaceae) family. It is native to the western regions of the Atlantic and north-western Spain. Today, the flowering plant is naturalized in many parts of the world including the United States especially in the Pacific Northwest, Great Lakes regions, and other parts of North America.

The plant’s botanical name – hyacinthoides nonscripta- is based on an ancient Greek legend about a dashing young man who caught the attention of the god Apollo. One day, when teaching the young man how to throw the discus, Apollo accidentally hit Hyacinthus on the head, killing him instantly. A hyacinth flower appeared where the blood of the young man splashed the ground.

Hyacinthoides means hyacinth-like while ‘non-scripta’ means unmarked or unlettered. This was aimed at distinguishing the plant from the conventional hyacinth mentioned in Greek mythology.

Bluebells have a rich past woven into fairy tales and folklore. Apart from the Greek legend outlined above, a popular fairy tale claims that these flowers were commonly used as bells by fairies to summon their people to fairy meetings. The fairies were highly protective of their bells and cast spells on anyone who picked the flowers or damaged them. In line with this folklore, ancient people avoided walking through a field of bluebells. After all, no one wanted to mess with fairies.

Hyacinthoides nonscripta produces bell-shaped or tubular flowers between mid-April and May that are usually violet-blue or blue in color. In some instances, they are white or pink, though the two colors are quite rare. The tips of the flowers curve upwards and each flower has 6 petals – technically it has 3 outer petals and 3 inner petals.

Bluebells take about 5 years from germination to flowering. These plants are so precious in Britain that they are protected under the Wildlife and Countryside Act 1981. The act stipulates that uprooting a wild bluebell from land on which it naturally occurs is a criminal offense punishable by a fine of about £5000 ($6300).

Apart from having a coveted place in Greek mythology, ancient folklore and being protected in Britain, bluebells are beautiful and ideal for floral arrangement. In addition, bluebells herbal medicinal properties are being researched to find more about their beneficial qualities.

Some studies show that bluebells have compounds with healing properties. Their flowers, leaves, and roots have been used by Chippewa and Thompson Indians for treating lung, heart and ear ailments. In addition, bluebells have been used to reduce swelling, stop bleeding, alleviate depression and boost milk production in nursing mothers.

Cancer and HIV fighting properties
Bluebells are said to possess about 15 biologically active compounds that protect them against destruction by insects and animals. Some of these compounds have similar chemical properties to those used in the fight against cancer and HIV.

When you consider the many mysteries and myths surrounding hyacinthoides nonscripta, not to mention its beautiful flowers and the value attached to the flower by the British government, there is no better time to have bluebells growing in your garden like now. 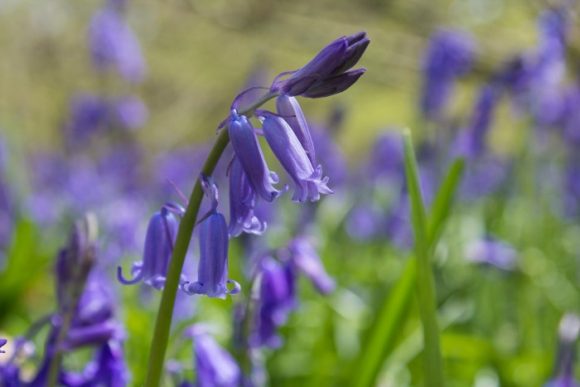 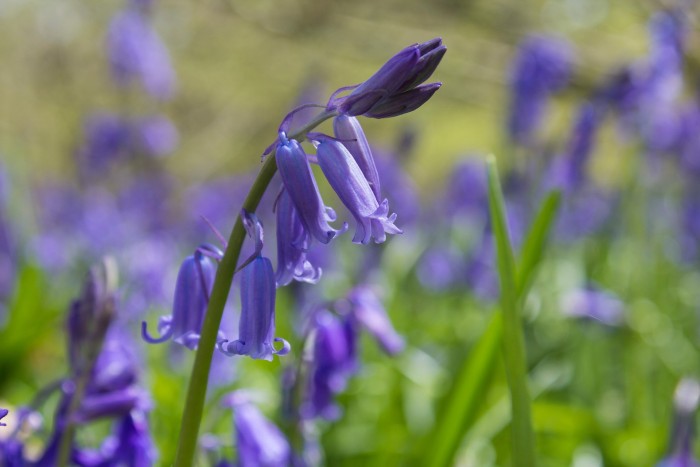 Article Name
Royal, mysterious and medicinal: Bluebells surprising facts
Description
Hyacinthoides nonscripta, commonly known as English bluebell, common bluebell or bluebell is a perennial, bulbous plant in the Lily (Liiaceae) family. It is native to the western regions of the Atlantic and north-western Spain. Today, the flowering plant is naturalized in many parts of the world including the United States especially in the Pacific Northwest, Great Lakes regions, and other parts of North America.
Author
Ephy

Medicinal And Ornamental: The Wonders Of Hollyhock Flowers