Tansy or common tansy, also known as chrysanthemum vulgare, and tanacetum vulgare, is a perennial, flowering plant native to Europe.

The plant was intentionally brought to the US in the 16th century by pilgrims as a horticultural and medicinal herb. As a result, tansy was widely cultivated by European settlers. The plant was highly regarded during this period to an extent that the Massachusetts governor encouraged people to cultivate it. By the 18th century, tansy was naturalized in most of the US states.

Tansy spreads very fast due to its aggressive seed production and extensive root system. The plant thrives in ditches and along stream banks which make it easy for seeds to spread for miles downstream borne by the water current. In spite of its aggressive infestation, the herb is not yet considered an invasive, noxious weed in the US.

During summer, you can easily identify tansy by a camphor-like fragrance produced by its leaves and flowers. The flowers grow in clusters from a straight, leafy stalk. Its flower heads have disk florets that are similar to daisies.

Gardeners cultivate the plant for its beautiful, button-shaped, yellow blossoms as well as its ability to increase potassium content. When planted alongside plants such as potatoes, tansy is highly effective in eliminating certain pests including the Colorado potato beetle due to its aromatic compounds.

Tansy has a range of medicinal qualities that led to its widespread cultivation. In Britain, aerial parts of the tansy herb were put in shoes to relieve fever. The plant was also used to wrap corpses in order to repel vermin and preserve the bodies by early settlers in North America.

The plant is rich in volatile oils that gives its flowers and leaves the signature, camphor-like scent. Thujone, a bitter and potent compound, is the main volatile compound in the plant. The presence of thujone and other aromatic volatile oils has seen the flowers and leaves of the plant used as a sage substitute in cooking. However, its bitter flavor makes it less popular than sage in the culinary world.

Common tansy’s leaves and flowers were used by early US settlers to purify, cleanse and lighten the skin. An infusion of the aerial parts of the plant was commonly used to treat constipation, rheumatism, digestive problems, ulcers, and hysteria. In small doses, an extract made from leaves and flowers was used to enhance fertility and prevent miscarriage. It was also orally administered to people recovering from illnesses or those feeling weak. Larger doses of the infusion were used to induce abortion.

While thujone has culinary and health benefits, it is also toxic when taken in large doses. This is the compound responsible for tansy’s abortion-inducing effects. It is also known to cause hallucinations, convulsions, and death.

Though tansy has many beneficial properties, its bitter flavor and ability to cause unpleasant after-effects when ingested make it an unpopular medicinal and culinary herb. 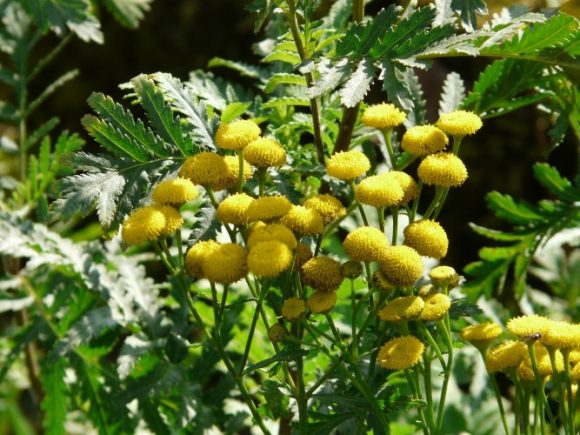 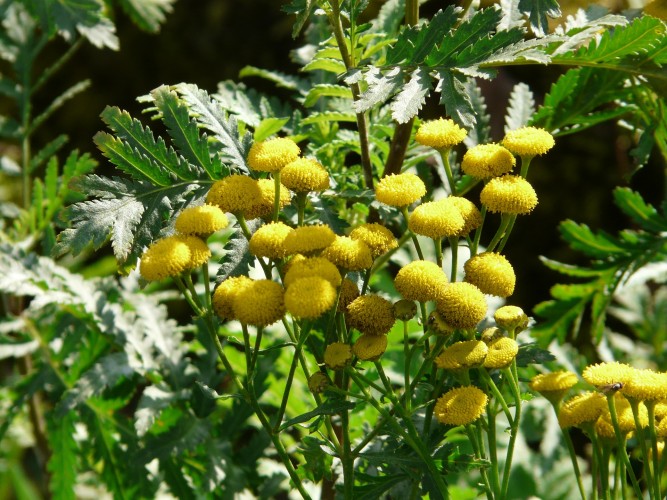 A Flowering Herb Garden is the Right Gift for Someone who Loves to Cook
Comments: 0 Posted by: Florist Ephy Categories: Beneficial Properties of Flowers