Wood betony was famous throughout Europe for its magical and medicinal properties.
Just like other members of the mint family, the plant has square stems, with short, fine hairs and toothed leaves occurring at the base of the plant. In mid to late summer, wood betony brings forth tubular, red or violet flowers.

The plant has a rich and revered history. It was thought to be so important that an Italian proverb in the Middle Ages admonished “Sell your coat and buy betony”. Later, John Sauer, a colonial American herbalist echoed the words of the Italian proverb when he said, “There is no illness brought by cold in which betony cannot be administered effectively”.

The plant was thought to have magic powers and was commonly used to protect people against bodily harm and evil eyes. It was also used to dispel negative energy, and bring on prophetic dreams. In addition, wood betony was widely used by European shamans for rooting and grounding people who were feeling disconnected from their bodies and Mother Earth.

Wood betony was thought of as a potent remedy for a wide variety of diseases and difficulties. It was one of the most prized medicinal herbs by Anglo-Saxons. Antonius Musa, a physician who attended to Caesar August, the Roman emperor, outlined more than 47 dieseases he treated using wood betony. However, with time, the plant fell out of favor as the pharmaceutical industry grew.

Traditionally, the leaves were harvested before the plant came into bloom. Today, as more people turn to alternative cures, all the aerial parts of wood betony (flowers and leaves) are harvested and used for medicinal purposes.

Wood betony has tonic properties and makes a refreshing, mildly aromatic infusion, also known as tea. It is considered an effective digestive tonic as it improves the digestive system. It invigorates a weak digestive system with its gentle warming qualities and eases digestive inflammatory symptoms.

Apart from boosting the functioning of the digestive system, the plant is also great for soothing and calming frayed nerves especially at the end of a tough working day. In addition, wood betony is considered an effective anti-anxiety remedy. The plant is said to be so effective that a single sip has the ability to relax your body and mind. Its relaxative effects are also known to assist in alleviating tension headaches and easing people to sleep especially when insomnia occurs due to racing thoughts.

Today, you no longer need to sell your coat to buy wood betony as it is easily available from Amazon and plant specialty stores. So, why not place your order of this highly regarded plant right away? 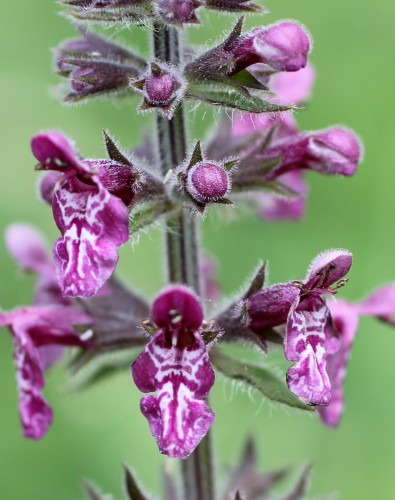 Medicinal And Ornamental: The Wonders Of Hollyhock Flowers