Graceful Orchids are Perfect for Gift-Giving

Orchids have been highly prized since the time of the ancient Romans. Though they are now seen as fragile and graceful, orchids were once considered a symbol of rugged male virility. This led to ancient people associating the orchid with fertility and even believing that the size of an orchid’s tubers could predict a baby’s gender.

In China orchids are said to represent prosperity and good luck. Giving an orchid sends a message of well wishes. In other regions, orchids stand for beauty and passion, and are often given as romantic gestures.

As with many other plants, the color of the flower sends a symbolic message to the recipient. White orchids symbolize purity, whereas purple indicates regality. Pink orchids convey grace and yellow represents friendship.

Aside from the beauty of the flowers, orchids have several practical uses as well. There are medicinal and culinary applications that have long-standing traditions across the world.

Orchids were used for medicinal purposes dating back to ancient China. It is still common in Asia to make dendrobium orchids into a tea that is said to strengthen the immune system due to its high vitamin C content. Orchids are rich in fiber and may aid in digestion. It is also believed that orchid tea may help improve eyesight.

Beans or pods from vanilla orchids have been used to flavor foods, especially chocolate, since the time of the Aztecs. The Aztecs believed that orchids were a source of strength. Of the thousands of varieties of orchids, only about one hundred species produce vanilla. These vining plants are losing habitat, causing the price of natural vanilla extract to increase significantly.

Orchids comprise the largest flower family in the world with some 25,000 recognized species. Because many of these are native to the tropics, orchids are most often thought of as warm-climate plants. In fact, different varieties are adapted to grow in nearly every environment except atop solid ice.

Orchids can be classified according to whether they produce a single stem (monopodial) or multiple stems (sympodial) from each rhizome or root. They are also classified according to their natural growth habit, such as growing as a vine, in a tree, or on top of stone. Knowing the type of orchid you have will help you determine how to best care for the plant.

There are as many occasions for giving an orchid as there are colors of this beautiful flower. Whether for a friend or a loved one, a gift of an elegant orchid will be treasured for years to come.

The Delicate and Exotic Orchid is Sure to Delight

Giving Flower Seeds as a Gift 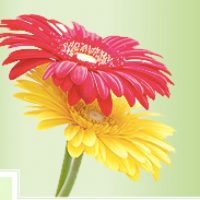