The nominations are out and in a few short weeks the red carpet will roll.
Whether you’ve seen them all or are just hoping to get some good movie recommendations, the Golden Globes and Academy Awards are a Hollywood tradition and a great reason to throw a party. If you plan on hosting or attending an Oscar party this year (or just plan on enjoying the show in the comfort of your own living room), here are 4 absolutely fabulous flowers that will bring the golden age of Hollywood glam into focus. 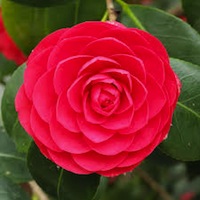 Greta Garbo is stunning as the Lady Marguerite in this black and white classic based on the Alexandre Dumas novel, The Lady of the Camellias. In one of the most famous scenes, she is handed a lush bouquet of these white, winter-flowering blooms which make cameos throughout the film, showing up in her hair and in the final scene, as she succumbs tragically to consumption. The blooms of camellias are almost perfectly round with flared petals like flattened roses. Round buds and white or red blooms form on woody stems that are elegantly natural. The camellia flower is as classic as Garbo’s signature line, “I just want to be alone.”

One of the first films to be recorded in color, this Best Film winner is a part of the American cannon of movies. As Dorothy and her friends near the Emerald City, the cackling of a witch’s voice tells them that “poppies will make them sleep,” no doubt referring to the somniferous effects of the plant’s latex. Poppies are both bright and magical and available from most well-stocked flower shops. In oranges, reds, yellows and purples, this technicolor flower will dazzle and delight. 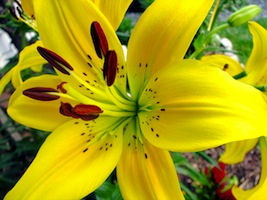 This filmed earned talented actor, Sidney Poitier, the first Academy Award ever won by a black actor in a male lead. In the Arizona desert, Poitier’s character blooms as he helps to build a chapel for a group of nuns. While the flowers are figurative in this film, a golden lily is the perfect bloom for celebrating the gilded age of Hollywood. 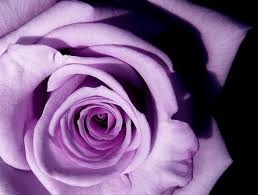 Woody Allen’s romantic comedy about our love for movies has film stars leaving the silver screen and joining the audience. This film is a quintessential movie classic whether you’re a fan of Woody’s or not. Not quite award-worthy, the film’s titular rose is now commonly available at flower shops around the world. Purple roses mixed with a few glittery stalks will bring the glam to any Oscar party this award season. Enjoy the glamor of the red carpet in your jammies, but feel like a star with any of these flowers.

Holiday Cactus Will Bloom through the Season

The Right Get Well Flowers for Flu Season

Celebrate National Book Lovers Day with a Bouquet for your Bookworm
Comments: 0 Posted by: Previous Author Categories: By Month, Poppies