Rosa canina, commonly known as dog rose, is a deciduous, climbing, wild rose native to western Asia, Europe, and northwest Africa. The plant’s English name is derived from its hooked prickles which look similar to a dog’s canines. Some schools of thought hold that the plant got the name from its ancient use in treating rabies.

Dog rose can thrive in full sun or partial shade. It prefers well-drained soils and is a common sight in hedges and woodlands.

Rosa canina produces delicate, beautiful, pink and white flowers borne singularly or in tiny clusters from mid-spring to late summer. Each flower has five petals with five sepals, which later give way to fruits commonly known as hips.

Just like other members of the rose family, dog rose has been used for centuries for both medicinal and culinary purposes. While roses are now cultivated mostly for ornamental purposes, herbal enthusiasts still harvest some rose flowers for medicinal uses.

Dog rose is high in vitamin C and also contain sufficient levels of other important nutrients such as tannins, carotenoids, essential oils, pectin, amino acids, and fatty acids. Vitamin C and flavonoids are normally combined in nature. This is how the human body interacts with vitamin C when eating flowers and fruits containing these nutrients. Vitamin C is critical for synthesizing collagen. It is an important protein that assists in connecting tissues in the body.

Carotenoids in dog rose such as lycopene, lutein and beta-carotene are closely linked with antioxidant activities including the ordinary pre-arranged death of body cells. They also help in preventing cell proliferation, management of free radicals and prevention of prostate cancer in men. Lycopene, one of the naturally occurring carotenoids in dog rose is known to support heart health, treat asthma, and prevent the development of cataracts.

Infusions from the dog rose flowers are used to treat heartburn, stomach pain, and flatulence. To deal with any of these problems, take a cup of the rosa canina blossom infusion after every meal until the problem is resolved.

Dried flowers of the dog rose plant are used for making eyewashes and compresses for tired or inflamed eyes. To make this remedy, toss 40g of dried dog rose flowers into a small saucepan with boiling water. Allow the flowers to soak in the water briefly, strain and allow the soaked blossoms to cool down sufficiently before applying the flowery compress to the affected area.

A 2016 study published in the US National Library of Medicine and National Institute of Health journal showed that dog rose holds a lot of potential in treating bacterial infections caused by E. coli, staphylococcus aureus, and Pseudomonas aeruginosa. While more research needs to be conducted in this area, initial investigations showed that extracts from this plant are highly effective against the bacteria mentioned above compared to standard drugs such as ampicillin and streptomycin.

While dog rose fell out of favor as a medicinal herb more than a century ago, there are possibilities that this wild flower might hold new promises for modern medicine. 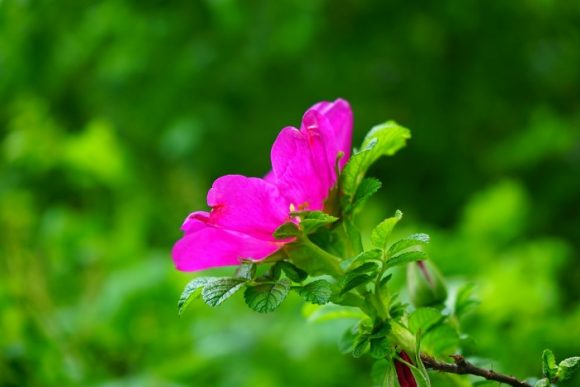 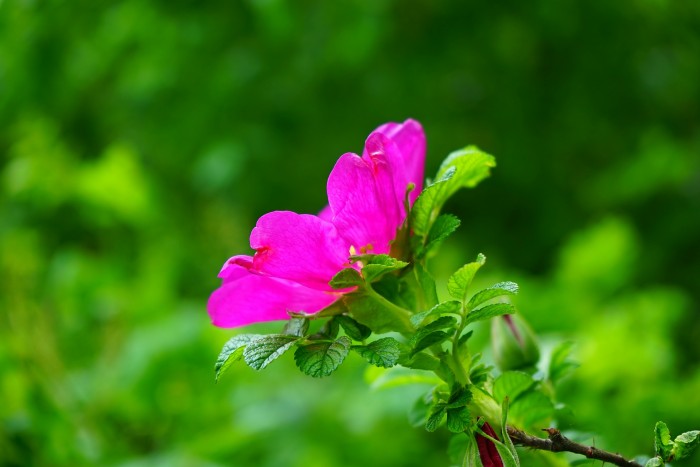 Article Name
Dog rose: An old medicinal herb with new possibilities
Description
Rosa canina, commonly known as dog rose, is a deciduous, climbing, wild rose native to western Asia, Europe, and northwest Africa. The plant's English name is derived from its hooked prickles which look similar to a dog’s canines. Some schools of thought hold that the plant got the name from its ancient use in treating rabies.
Author
Ephy

What to do with Leftover Valentines Day Rose Petals