Eclipta prostrate or eclipta alba, commonly known as false daisy or yerba de tago, is an annual, flowering plant belonging to the aster or sunflower family. The plant is known as a false daisy because its flowers resemble daisy blossoms.

It is native to Australia, Asia, North America, and Africa. False daisy has a fleshy stem and bright green leaves with teeth-like features along the edge. The herb usually flowers depending on the climate it is growing in. In cold areas, it flowers in fall and summer, but in regions with warmer conditions, the plant flowers all year round. False daisy produces 2-3, tiny, tubular flowers on each stalk, featuring white or yellow petals.

False daisy loves moisture and thrives in well-watered areas. The plant can grow in boggy and wet soils and rarely does well in dry areas. Basically, false daisy only thrives in hot, dry areas when it is constantly watered to simulate its natural habitat.

The herb’s aerial parts (flowers, leaves, and shoots) are edible. These can be eaten raw in salads or cooked as a green vegetable. Apart from being edible, false daisy is also used in Chinese traditional medicine as well as Ayurvedic medicine. It is commonly used as a healing herb to treat kidney and liver diseases. False daisy is also used in the skincare industry as the aerial parts of the plant are known to contain compounds that are highly beneficial to the skin. These components, including vitamin E, help in conditioning, rejuvenating and protecting the skin against the effects of premature aging.

So, what is the secret behind false daisy’s effectiveness in the skincare industry? Well, the plant contains several flavonoids including luteolin. This compound penetrates deep into the skin promoting wound healing, reducing inflammation and protecting the skin against the effects of free radicals.

Extracts from the plant can be used topically or ingested to help clear out toxins that contribute to premature aging and other skin-related problems. Other beneficial compounds that make the plant beneficial include polypeptides, thiophene, coumestans, triterpenes, polyacetylenes, and steroids.

In a study conducted in 2008, researchers noticed that male rats using oil extracted from the plant had a high number of hair follicles compared to rats not using the oil. As a result, the researchers concluded that false daisy has a significant ability to prevent hair loss and boost hair growth. The study was conducted on rats and is awaiting clinical trials on humans in order to be deemed conclusive. However, false daisy holds a lot of potential in resolving skin problems.

Though known as false daisy for its striking resemblance to the daisy flowers, eclipta prostrate’s capabilities in the skincare industry are not false. 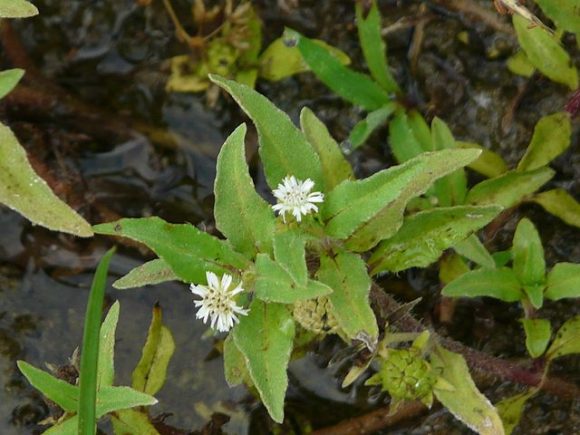 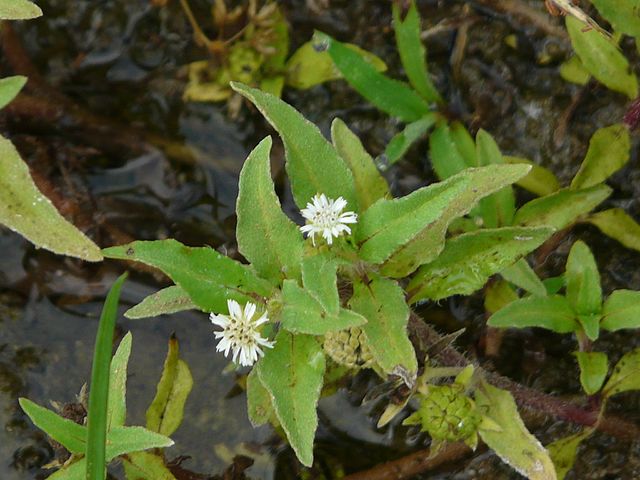 Article Name
False daisy for skincare
Description
Eclipta prostrate or eclipta alba, commonly known as false daisy or yerba de tago, is an annual, flowering plant belonging to the aster or sunflower family. The plant is known as a false daisy because its flowers resemble daisy blossoms.
Author
Ephy

About the Cheerful Daisy