Patchouli, Good For Your Skin And Mind

Patchouli, stinkweed or putcha-pat, botanically known as pogostemon cablin, is a flowering herb in the mint family. The plant is native to the Southeastern region of Asia but has spread to other parts of the world including North America, China, and Africa.

Patchouli is a bushy plant with pink or white flowers. The flowers have a milder fragrance compared to the leaves and appear in autumn. As a tropical herb, it thrives in hot regions but dislikes extended exposure to direct sunlight.

Stinkweed’s flowers and leaves have been used for years to make insect repellents, perfumes, and incense. These aerial parts are also used to produce highly valued essential oils with sedative, antidepressant, and deodorant qualities.

During the 18th century, Chinese traders used the plant regularly to keep moths away from their merchandise. With time, European traders interacting with traders from the East started linking patchouli’s fragrance with lavish goods sold from China and other Asian countries. This explains why patchouli was commonly used in linen boxes during Queen Victoria’s time era.

Patchouli rose in popularity during the hippie movement of the 60s and 70. During this period, its pungent, musty fragrance was widely used to communicate sensuality and attract the opposite sex. Some schools of thought hold that hippies use the oil to mask the smell of marijuana.

Patchouli is one of the main components of skincare products. The oil is ideal for all skin types and brings out the glow and vibrancy of the skin. It slows down signs of premature aging such as fine lines and wrinkles while giving the skin a youthful glow. The oil tones the skin and conceals blemishes. In addition, the oil can be mixed with natural skin cleansers to make a potent face wash. This eliminates skin blemishes by hastening the fading of scars emanating from acne, bruises, or chickenpox.

Antidepressant
Patchouli is a great remedy for people struggling with depression. The oil has a calming, elevating effect which helps to ease feelings of loneliness, loss, disappointment, anxiety, and sadness. These qualities are the main reason why patchouli’s oil is used in aromatherapy.

Aphrodisiac
By now you know that patchouli’s aphrodisiac properties endeared it to hippies as they sought sexual liberation. The oil is known to help in treating sexual malfunctions including low libido, anxiety, impotence, and erectile dysfunction.

Sedative
Patchouli’s soothing and calming capabilities make it an ideal sedative. It calms the body’s allergic response and relaxes the body and mind, making sleep possible for people struggling to fall and stay asleep.

Patchouli is a great herb to grow in your garden, both for its lovely flowers and herbal qualities. 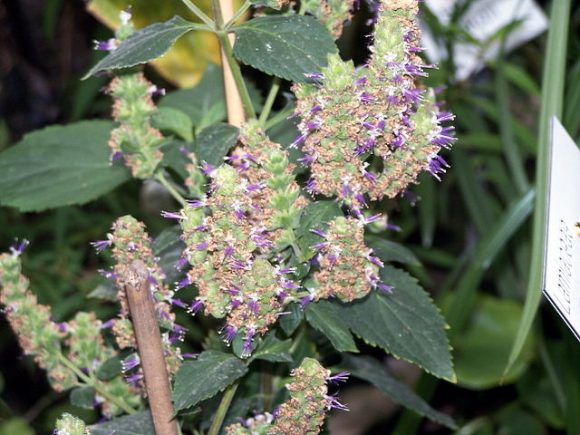 Article Name
Patchouli, good for your skin and mind
Description
Patchouli, stinkweed or putcha-pat, botanically known as pogostemon cablin, is a flowering herb in the mint family. The plant is native to the Southeastern region of Asia but has spread to other parts of the world including North America, China, and Africa.
Author
Ephy

Holy Basil Flowers: Good For Your Body And Mind

Catnip: Good For Felines And Humans Too