Zinnia Flower: The Sacred Plant For Life And Wisdom

Since zinnias commonly occur in Mexico as wildflowers, Spanish colonialists initially named them “evil eyes” because they did not find the blossoms appealing. Later, the flowers were named after the 18th-century German botanist, Johann Gottfried Zinn.

Today, zinnias are popular throughout the world due to their beauty and longevity as cut flowers, as they can last for almost two weeks in a vase. The flowers are easy to grow and quite hardy. They have few pests and diseases, thus requiring minimal care. Zinnias can grow almost anywhere, as long as there is sufficient sunlight and water. This explains why zinnias were among the first flowers grown successfully on the International Space Station.

Zinnia blossoms have been used by native southwestern tribes in rituals and for medicinal purposes for years. This explains why the Navajo tribe viewed zinnia flowers as a sacred life medicine while the Pueblo people fed the blossoms to children, believing that the plant made kids eloquent and intelligent.

In the 20th century, zinnias gained a lot of popularity. During this period the drive was for big things, such as big cars, big houses, big money, and even big dreams. Big was the in-thing in the US. It was therefore in order for American technology to produce big flowers, especially zinnias in keeping with that drive. This dilemma was quickly solved by the introduction of dahlia-flowered zinnia, which is a mutation of zinnia with huge blossoms, commonly known as giant dahlia and California giant. These varieties normally feature double petals and multiple colors.

While there are dozens of zinnia species, the most common zinnia you are likely to encounter is zinnia elegans. This flower features single or double blossoms in cherry rose, purple, pink, salmon, white, cream, lavender or pale green colors.

In recent years, studies have proved what ancient wisdom always held, that zinnias have beneficial properties. The major beneficial compounds in zinnia flowers include saponins, glycosides, flavonoids, steroids, and phenols.

Antioxidant
Zinnia has been shown to have antioxidative qualities. This compound is probably part of the reason why the flower was revered by ancient tribes. In a study involving rats with CCl4-induced toxicity, zinnia extracts were shown to have a significant ability to suppress toxicity in the rats. In addition, the extracts seemed to improve the lipid profile of HDL and LDL. Zinnias are also known to have antifungal, phytoremediative, anthelmintic and hepatoprotective properties.

Now, whenever you see zinnias in all their beauty, have some respect for these ancient flowers as they still have the ability to enhance your health and probably impart some wisdom. 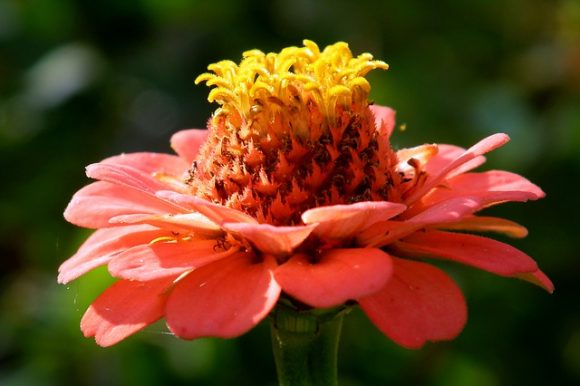 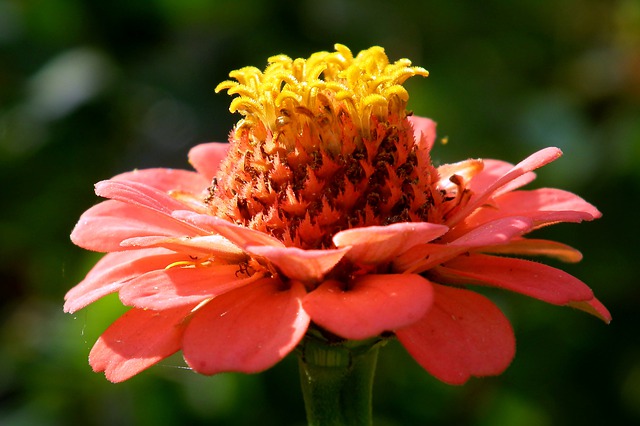 Bouquets and Alternative Bouquets for Special People in Your Life

The Zinnia; Zesty and Elegant Flowers in Profusion