Saffron crocus, or saffron, and botanically known as crocus sativus, is a perennial flowering plant of the crocus genus in the iris family. Its English name, saffron, is derived from a French word, safran. The word was borrowed from the Latin word safranum, which is thought to have originated from an Arabic word that means yellow.

Basically, there are more than 90 species of crocuses in the genus. These perennial flowering plants have corms that go dormant in certain seasons and activate to produce leaves and flowers when the growing conditions are ideal. Crocuses grow in full or partial shade. They require well-drained soil and should be planted before the onset of winter. The crocus genus produces showy flowers in splashes of red, pink, blue, purple or white.

While the other types of crocuses are popular for their aesthetic and medicinal qualities, it is only the saffron crocus, the plant that produces saffron which, is a world-famous spice used for culinary purposes. The spice is made from the stigma or filament of the crocus sativus flower. Saffron crocuses bloom in autumn and do not occur in the wild. These plants are famous for their aroma, color, and flavor.

As a spice, saffron has a long and colorful history in the kitchen. Ancient records show that natives living around the Zagros Mountains regularly used saffron as a spice and food. Historians also say that Egyptian herbalists were using the herb for medicinal purposes as far back as 1600 BC.

Blooming crocus saffron gives a splash of purple or blue. Curiously, crocus flowers are sterile as propagation is normally done by corms rather than seeds following pollination.

Harvesting saffron is normally done by hand which explains why it is such an expensive spice. Basically, it takes about 3,500 flowers to make an ounce of dry saffron.

To harvest saffron, you cut the flowers in the morning hours on a sunny day when they are in full bloom. You place the flowers on a flat surface and pick out the stigmas. Only the red-orange parts of the stigma are required to make saffron. The stigmas are then dried under shade or by a dehydrator at the lowest settings.

Currently, the world produces about 400 tons of saffron annually with Iran leading by 76 percent. The spice is used in bakings, soups, stews, candies, beverages and rice dishes. Though there have been efforts to produce saffron artificially, none of those attempts have succeeded.

Apart from its culinary fame, saffron has also been used widely in Ayurvedic and folk medicine. The flowers are known to have antiasthmatic, antidepressive, sedative, adaptogen, emmenagogue and expectorant qualities.

Studies at clinical trial stage are evaluating the ability of saffron to treat depression. Researchers conducting the studies noticed that saffron was as good as fluoxetine in managing depression and was more effective compared to placebo.

People grow crocuses for various reasons. While some grow them for their beautiful burst of colors experienced when they come into bloom, others grow them for their culinary and medicinal benefits. Whichever way you look at crocuses, they are worth your effort. A good place to start is ordering your saffron crocus corms. 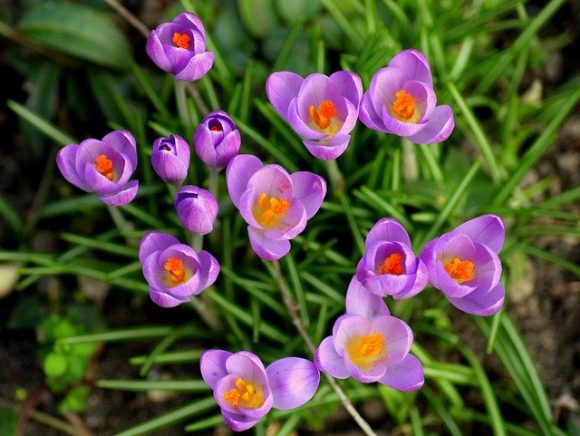 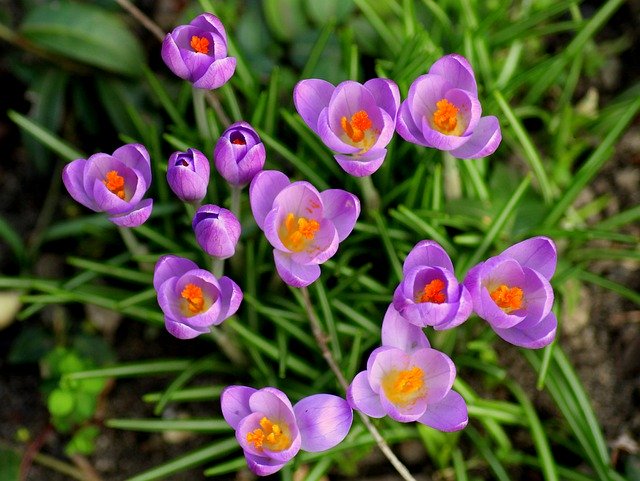 Article Name
Beautiful, Spicy and Remedial: Meet The Saffron Crocus Flower
Description
Saffron crocus, or saffron, and botanically known as crocus sativus, is a perennial flowering plant of the crocus genus in the iris family. Its English name, saffron, is derived from a French word, safran. The word was borrowed from the Latin word safranum, which is thought to have originated from an Arabic word that means yellow.
Author
Ephy

Saffron: The Treasure of the Fall-Blooming Crocus

Bulbs for an October Birthday