Cardinal flower: Once Used as a Love Charm Now a Herbal Plant

Cardinal flower, botanically known as lobelia cardinalis, is a herbaceous, flowering, perennial plant in the bellflower family (campanulaceae). The plant is native to the Americas but was spread to other regions including Europe, by settlers who sent the plant to their home countries due to its attractive flowers.

It has alternate, oblong or lance-shaped leaves and bright showy flowers that make it ideal as an ornamental plant. Cardinal blossoms have such intense color that you can never mistake them even from a distance.

In late summer, fire-engine red flowers emerge, borne on long terminal racemes with irregular, double lips featuring a tube at the upper part. The blossoms usually add bold red color to gardens, yards, and fields bringing them to life. Basically, the cardinal flower derives its name from the similarity of its scarlet blossoms to the bright red hat worn by Roman Catholic cardinals.

The cardinal flower is an easy plant to grow. It can thrive in full sun or partial shade. The plant prefers to grow in soil with moisture, which explains why the plant normally occurs at the edge of water bodies such as rivers, ponds, and marshes.

[Disclaimer: Lobeline is toxic when consumed in large quantities and is known to cause nausea, vomiting, and diarrhea. In addition, The Right Flowers is not a medical site. Knowledge of and information about the therapeutic benefits and applications of flowers, while known through the ages, does not constitute medical advice. If you are having health issues, you should consult with a physician.]

For years, Native tribes such as the Haudenosaunee or Iroquois crushed the whole plant (flowers, leaves, stems, and roots), boiled the mixture, and used the infusion orally for treating cramps. The Delaware or Lenape Indian tribes used the cardinal flower infusion to treat typhoid while the Pawnee and Mesquaki tribes commonly used the plant in their love ceremonies. They would chop the flowers and roots of the plant and mix them with food served to quarreling couples to help reconcile them. The Pawnee also used the flower to make aphrodisiacs and love potions believing, that possessing the blossoms made a man or woman irresistible.

The main active constituent in the cardinal flower is an alkaloid known as lobeline, common to the lobelia plants. The compound has a pungent, tobacco-like odor. It is mildly toxic and is known to cause irritation on contact.

Lobeline has a long, colorful history as a medicinal compound. The compound is known to have stimulative and emetic properties. These properties make it ideal for inducing vomiting and treating respiratory tract problems. Lobeline is also known to help addicts, especially smokers, to kick their habit due to its similarities with nicotine, a common constituent in tobacco. This explains why one of the popular plants in the lobelia family, lobelia inflata, is commonly known as Indian tobacco.

Though the cardinal flower is no longer used as a love potion, its attention-grabbing blossoms are still sought after in the floral industry and herbal industry. 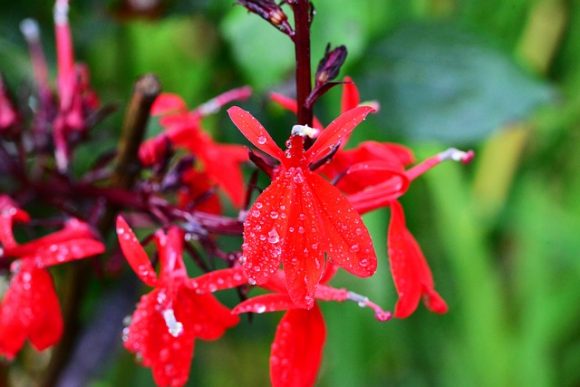 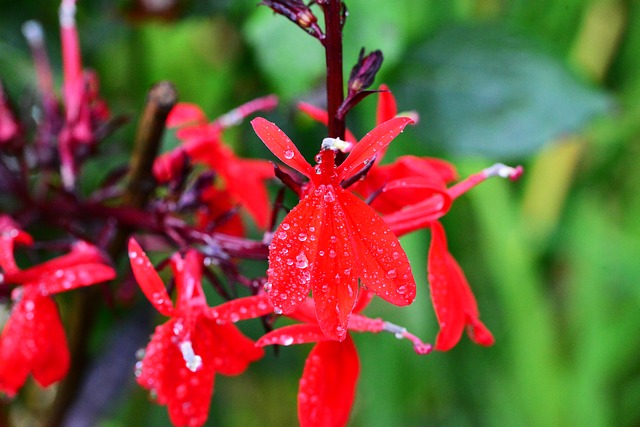 Article Name
Cardinal flower: Once Used as a Love Charm Now a Herbal Plant
Description
Cardinal flower, botanically known as lobelia cardinalis, is a herbaceous, flowering, perennial plant in the bellflower family (campanulaceae). The plant is native to the Americas but was spread to other regions including Europe, by settlers who sent the plant to their home countries due to its attractive flowers.
Author
Ephy

Lobelia for Asthma and Addictions?

A Flower that Only a Botanist Could Love
Comments: 0 Posted by: Florist Ephy Categories: Beneficial Properties of Flowers