Freesia is a herbaceous flowering plant belonging to the iridacea family. The plant usually grows from perennial bulbs which remain dormant under the ground when the aerial parts die off during winter. Freesia is named after Friedrich Freese, a German doctor, and botanist.

Freesia is native to South Africa, especially the Cape Province region. Today, the flowers are cultivated all over the world including the Netherlands which accounts for 80 percent of the freesias grown in the world.

Normally, freesias are propagated by seeds or via corms. Plants propagated from seeds usually take longer compared to those grown from corms.

Freesias are grown for their beautiful, funnel-shaped fragrant flowers that come out in springtime. The flowers are white, pink, red, or yellow depending on the cultivar. Most freesias are considered wildflowers but some varieties are cultivated for ornamental purposes.

These flowering plants prefer well-drained soils and regular watering or adequate rainfall to thrive. To achieve optimal growth and flowering, freesias require full sunlight, however, freesia can grow indoors as long as they get 6-8 hours of direct sunlight.

Freesias are considered delicate plants and rarely survive freezing temperatures. Thankfully, their bulbs hibernate throughout winter, giving the flowers a chance to spring up when the ground begins to warm. In the US, freesia should be planted during the fall in USDA hardiness zones 9-10 and in spring for zones 4-8. However, since freesias are tropical and subtropical plants, most gardeners and florists in the US struggle to cultivate them as it is difficult to simulate their natural habitat.

Freesia flowers are highly sought after in the cut flower industry as the blossoms can last up to a week. They are also highly fragrant and are commonly used in beauty products such as creams, shampoos, and scented candles. The fragrance is often described as feminine, delicate, subtle and intensive with flora freshness. The flowers also contain high levels of linalool, a terpene alcohol with antiinflammatory properties that has a fresh floral aroma with citrus notes.

In the beauty and cosmetics industry, perfumers have tried to capture the essence of freesia fragrance with little success. Today, most perfumers who claim to have freesia scent in their products create the fragrance synthetically. However, freesia’s fragrance is successfully captured in the beauty and aromatherapy industry by steeping the flowers in bathwater to extract its volatile oil which is great for uplifting moods and relaxing to the body and mind.

Traditionally, and in the language of flowers, freesias symbolized purity and innocence. They also symbolize friendship, charm, and sweetness.

Ultimately, freesias’ beauty and fragrance are recognized and acknowledged the world over which explains why flower enthusiasts swear by them. These plants will not only make your garden or yard look and smell amazing, but you can also pluck the flowers and toss them into your bath water after a nerve-wracking day to calm your nerves. 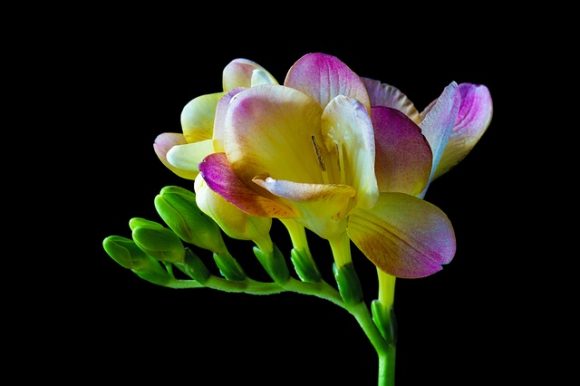 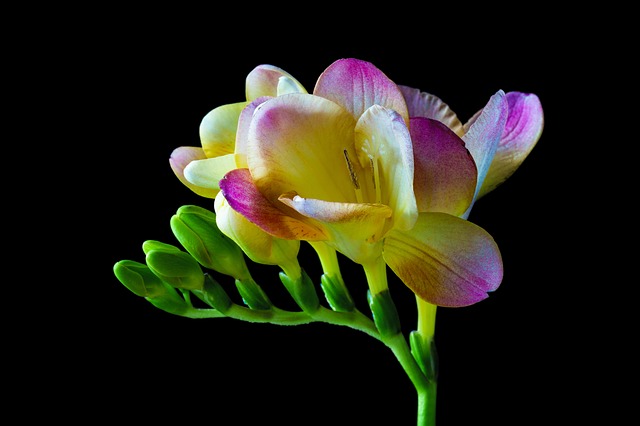 Article Name
Freesia flowers: Subtle, intense and seductive
Description
Freesia is a herbaceous flowering plant belonging to the iridacea family. The plant usually grows from perennial bulbs which remain dormant under the ground when the aerial parts die off during winter. Freesia is named after Friedrich Freese, a German doctor, and botanist.
Author
Ephy

The Right Flowers for Summer

Bulbs for an October Birthday

For Friendship and Innocence, Gift the Fragrant Freesia

Freesia is the Right Flower to Give to Someone Sweet
Comments: 0 Posted by: Florist Ephy Categories: Beneficial Properties of Flowers