Anemone hepatica, commonly known as hepatica, kidney liverleaf, or liverwort is a flowering herb native to Europe, North America, and East Asia. It belongs to the crowfoot or butternut family and has long radical leaves. Hepatica prefers a moist, shady environment created by deciduous trees. It also occurs in grasslands, woodlands, and scrubs.

Hepatica’s leaves resemble a human liver. This explains why the plant has been given strange names such as liverwort. The association of the plant with the human liver almost led to its extinction in the 19th century as zealous herbalists in Europe harvested the plant and sold its extracts as a cure for various liver ailments.

The beautiful, blue, lavender, purple or white flowers appear in spring. Hepatica flowers are low-growing and only open when the sun is out, which makes them hard to spot. The blossoms are borne on hairy stalks that serve several purposes. The prickly hair helps to conserve heat when it is cold and act as a defense mechanism to keep off ants that would love to access the flowers and steal the nectar. Hepatica’s nectar is reserved for native bees which are beneficial to the plant as they pollinate its flowers.

The hype that almost saw the plant’s demise was no idle folklore. Liverwort has been used for generations to treat various liver diseases including hepatitis, jaundice, fatty liver disease, cirrhosis. It was also used to treat viral and bacterial infections.

[Disclaimer: High doses of anemone hepatica is known to cause irritations to the urinary tract and kidneys. To avoid complications, do not use fresh leaves as they contain protoanemonin, a toxic substance that is converted to anemonin, a safe compound when the leaves are dry. In addition, The Right Flowers is not a medical site. Knowledge of and information about the therapeutic benefits and applications of flowers, while known through the ages, does not constitute medical advice. If you are having health issues, you should consult with a physician.]

Traditionally, the plant’s leaves and flowers were used by the Chippewa tribe to treat convulsions in children, earning the name “it is silent”. This was probably in reference to the herb’s ability to calm the convulsions. In addition, they used the plant to treat liver conditions. The famous English herbal enthusiast in the 17th century, Nicholas Culpeper, often prescribed the herb for treating rabies, which was commonly known as mad dog disease.

Hepatica contains flavonoids, tannins. These two components have antioxidant properties. Antioxidants are known to reverse and protect the body against the harmful effects of free radicals. The compounds are also great for inhibiting the activity of viruses and bacteria which helps in protecting the body against various infections. In homeopathy, the plant is used to treat congested lungs, indigestion, bronchitis, and sore throat.

Hepatica’s fame may have waned with the discovery of new, more potent pharmaceutical drugs for treating liver problems, but its beauty and medicinal properties have not changed. 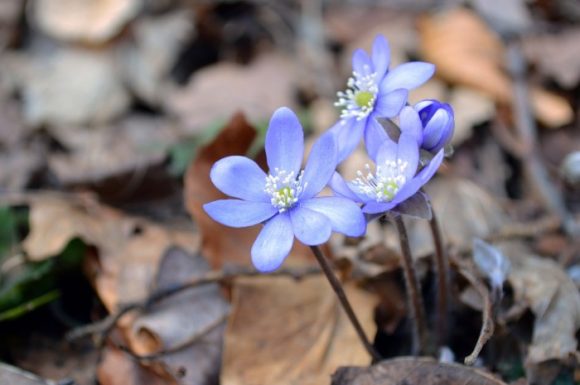 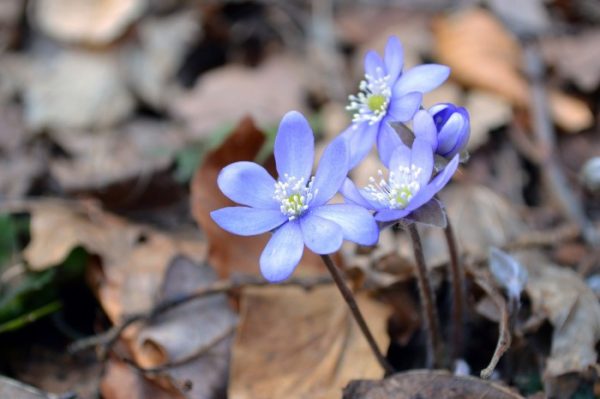