Backhousia citriodora, commonly known as lemon myrtle, or sweet verbena, is a subtropical flowering shrub native to Australia but is now grown around the world.

The plant was named backhousia citriodora after James Backhouse, an English botanist. Initially, the plant was named “lemon-scented myrtle” due to its strong lemon aroma but with time it was shortened to “lemon myrtle”.

Lemon myrtle is a hardy plant and can thrive in poor soils. It mostly grows in rainforests and along river banks.

The shrub is considered the queen of the herbs due to its lemon twist and is one of the highly sought-after herbs in Australia. Sweet verbena is not only popular in Australia, but it is also a darling of alternative cure and culinary enthusiasts due to its aromatic citrus flavor which is not only sweet but also refreshing.

Traditionally, the Australian Aborigines harvested the shrub in the rainforests to enhance their dishes. They also used it to relieve sore throats and heal wounds. Today, gardeners normally cultivate the shrub as an ornamental plant in order to enjoy its citrus notes in the yard. Some also cultivate it for culinary and medicinal reasons.

Normally, it is the leaves and flowers of the sweet verbena that are used for culinary and herbal purposes. The shrub contains citral, a potent antimicrobial, antifungal and antiseptic compound commonly found in plants and fruits with the citrus flavor. The plant is also used to bring out the flavor and increase the aroma of salads, meats, curries, bakings, desserts, and sauces.

In the 1900s, the flowers and leaves of the lemon myrtle shrub were harvested aggressively for commercial purposes. The shrub’s essential oil was extracted via distillation and exported to the US and Europe where it was used for flavoring beverages.

In recent years, researchers have sought to evaluate the medicinal capabilities of the plant. In a study conducted in 2004, researchers sought to find out the effectiveness of lemon myrtle against molluscum contagiosum, a viral infection.

The study involved 31 patients diagnosed with the infection treated with a single dose of lemon myrtle topically applied daily. After 21 days, researchers noticed that there was a 90 percent reduction in lesions. Therefore they concluded that lemon myrtle was effective against viral infections such as molluscum contagiosum.

Good for skincare
Lemon myrtle is widely used in the skincare industry to make soaps, conditioners, body lotions, and lip balms. Its scent is highly sought after in the beauty industry because it is known to have calming and soothing effects.

Antioxidative
Lemon myrtle has sufficient levels of antioxidants. These are ideal for protecting the body against oxidative stress and the effects of free radicals.

Lemon myrtle is a great shrub to have in your yard. It will not only impart its citrus scent to the yard, but it is also good for making your dishes sing and has many health benefits. 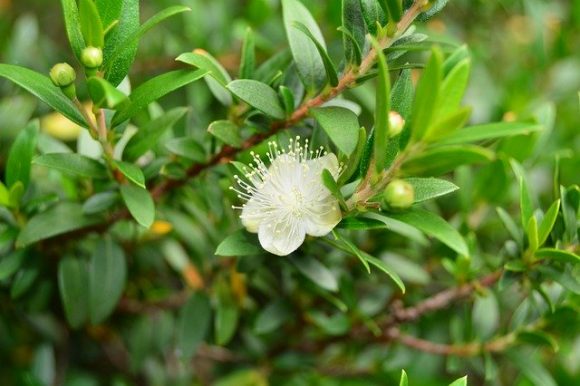 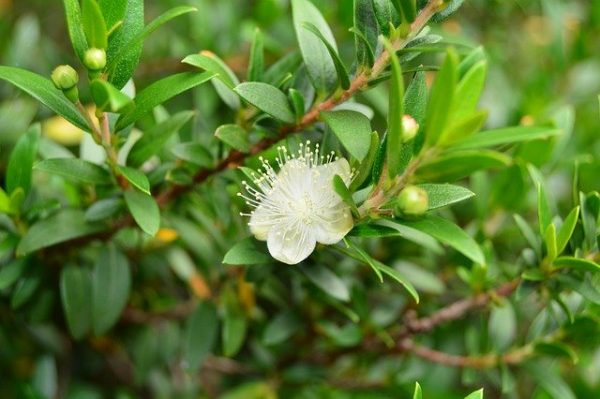