Meet The Versatile Tulip Flower With Culinary And Medicinal Uses

Tulip, botanically known as tulipa, is a flowering perennial plant grown from a bulb in the liliaceae family. It flowers in spring and brings forth blossoms in a wide variety of colors, except blue. Tulip flowers have 3 petals and three sepals.

[Disclaimer: Tulip is known to trigger allergic reactions in some people, while in others the plant is known to cause dermatitis commonly referred to as tulip fingers. In addition, The Right Flowers is not a medical site. Knowledge of and information about the therapeutic benefits and applications of flowers, while known through the ages, does not constitute medical advice. If you are having health issues, you should consult with a physician.]

The flowers are highly sought after and rank a close third to roses and carnations in the flower industry in popularity. These flowers are considered so beautiful that florists often make blossom arrangements using tulip flowers only because they have a beautiful, unique presence.

The tulip plants are thought to have originated from Asia where they were cultivated for centuries. However, during the 16th century, these showy flowers were introduced to Europe. A botanist at the University of Leiden in Netherlands, Carolus Clusius, is credited with introducing tulips to flower gardens in the country. Enamored by these beautiful flowers, the Dutch started to cultivate these plants until the tulip cultivation became a major industry, bringing the flowers to world attention.

With time, tulips became a trading commodity in Netherlands and traders speculated on rare bulbs and flowers just like people speculate on gold and futures. At the height of what was commonly known as tulip mania, some rare tulips were valued at thousands of dollars which precipitated an economic crisis. In 1637, the tulip market crashed and Holland was thrown into an economic crisis as the tulip bubble burst. When the economy stabilized, Holland became the epicenter for tulips. Today, the country is a major tulip exporter.

These showy flowers have been known to have medicinal qualities for generations. Curiously, it is said that research on tulips as medicinal herbs was hindered by the high cost of these plants. Today, blossoms are used to make poultices for calming insect bites and stings. They are also known to relieve skin irritations, heal scratches and calm itches.

Tulips are commonly used in skincare products as they contain essential oils that are ideal for skin moisturizing. Red tulip flowers are also crushed and rubbed on cheeks to conceal skin flaws and give them a natural blush.

The flowers are high edible and commonly used in the culinary world. They can be eaten raw or cooked. If you intend to use the whole flower, consider cutting off the stamen and pistil as these two parts have a bitter taste. The blossoms vary in flavor from creamy, earthy to grassy. If you do not fancy eating raw petals, you can cook them similarly to squash flowers but they lose most of their color in the cooking process. In addition, tulip flowers are used to garnish salads.

Tulips are famous, versatile, beautiful, edible, and medicinal flowers. Now, how often do you encounter flowers with such a powerful combination? 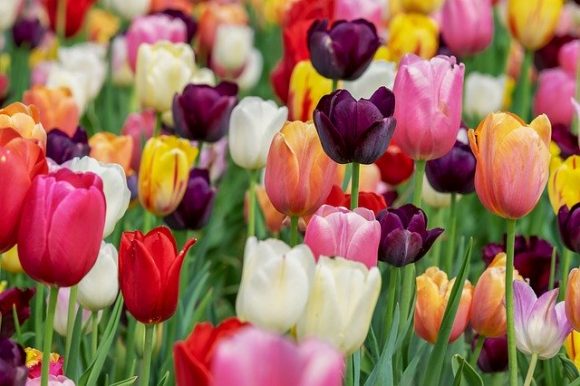 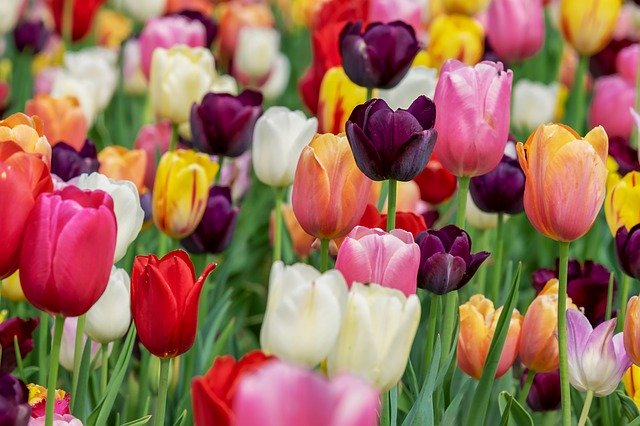 Article Name
Meet the versatile tulip flower with culinary and medicinal uses
Description
Tulip, botanically known as tulipa, is a flowering perennial plant grown from a bulb in the liliaceae family. It flowers in spring and brings forth blossoms in a wide variety of colors, except blue. Tulip flowers have 3 petals and three sepals.
Author
Ephy

Consider the Tulip for Spring