Cleome gynandra, commonly referred to as African cabbage, African spider flower, cat’s whiskers, bastard mustard, spider flower, or spider wisp, is an erect, annual, flowering plant belonging to the capparaceae family. The plant occurs throughout the tropical and subtropical regions of the world and is native to South Africa, Americas, and South East Asia.

The spider flower can be found growing along roads, along fences, in ditches, and in fallow or cultivated fields. Between July and August, it produces four-petaled, purple, pink to white blooms. The uniquely clustered flowers are the reason the plant got the name “spider wisp or spider flower”.

Though the African cabbage is considered a weed, its flowers, young stems, and leaves are highly edible. They are boiled and eaten as a side dish, potherb or stew. These parts are also added to dishes such as rice to flavor them, or dried, ground into powder, and mixed with water to form a paste and used to wean children.

In a study involving albino mice with Ehrlich ascites carcinoma, researchers sought to find out the efficacy of the spider flower compounds extracted using methanol. The results indicated that the extracts reduced the size and weight of the cancerous tumors. In addition, the lifespan of the mice was increased.

Antioxidants not only help in fighting off inflammations, but they are also good for protecting the skin against the effects of harsh weather elements. As a result, the African cabbage can be used in skincare to manage the effects of premature aging including fine lines, dark spots, and wrinkles.

In another study published in the BMC Complementary and Alternative Medicine in 2016, researchers using the Broth dilution technique tested extracts from the plant on three fungal strains which are known to cause tinea capitis. The extracts showed significant antifungal activity against all three types of fungal strains.

Ultimately, the African cabbage is not only an edible flowering plant but also an herb with many medicinal qualities waiting to be discovered for the good of mankind. 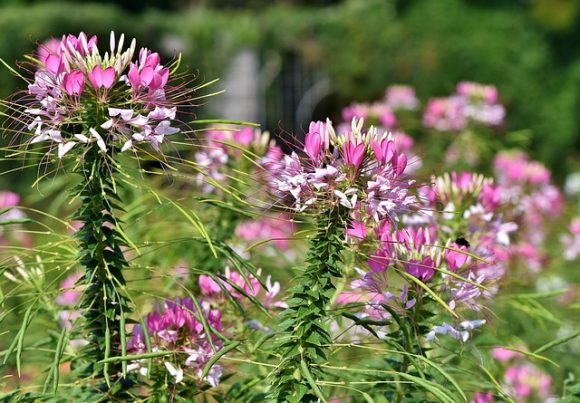 Meet The Versatile Tulip Flower With Culinary And Medicinal Uses