Bidens alba, commonly known as shepherd’s needle, demon spike grass, bur-marigold, pitchfork weed, and Spanish needles, is a short-lived perennial or annual, flowering plant. It is a member of the aster family and closely related to daisy, echinacea, and sunflowers.

The plant is native to the Caribbean, Mexico, and Central America but now grows abundantly in most of the US and other parts of the world. In some regions, the plant is considered noxious and invasive because of its ability to self-sow aggressively and colonize the ground it gets established on. Shepherd’s needle is also disliked because it quickly grows back after cutting.

Shepherd’s needle’s got the name pitchfork needle from its prickly, fork-like seeds with their two prongs that help them to hitch a ride on humans and animals brushing past the plant.

It prefers full sunshine and can thrive in dry areas though it does better in moist soils. Shepherd’s needle brings forth flowers between April and July that look similar to daisies. The flowers are normally creamy-white petals with a yellow center.

Most people who loathe shepherd’s needle do not know that having it around is a blessing in disguise as its flowers and leaves are edible. They can be eaten raw or cooked. The flowers and leaves are versatile and can be tossed in soups, salads, or used as pot-herb to flavor dishes. In addition, newly opened flowers and young leaves taste great when stir-fried on their own or alongside other vegetables.

Shepherd’s needle is rich in vitamin C and carotene which made it ideal for protecting people against scurvy when this condition was a common threat. It also contains sufficient levels of manganese, sodium, iron, nickel, copper, and calcium. Since the plant is known to contain linolenic, palmitic, linolenic, stearic, and fatty acids, it is considered a useful ingredient in supplements.

Apart from treating scurvy, shepherd’s needle was used to treat various ailments due to its many medicinal qualities including anti-inflammatory and anti-oxidant properties. In Wales, the plant was widely used to treat respiratory problems including pneumonia. To treat these diseases, the patient was required to drink an infusion made of shepherd’s needle, water avens, and meadowsweet for three consecutive days.

Though shepherd’s needle is still considered a noxious plant rather than a wildflower, this hardy plant is useful to humans. Unfortunately, its ability to self-sow and colonize new territories will always be its Achilles’ heels. 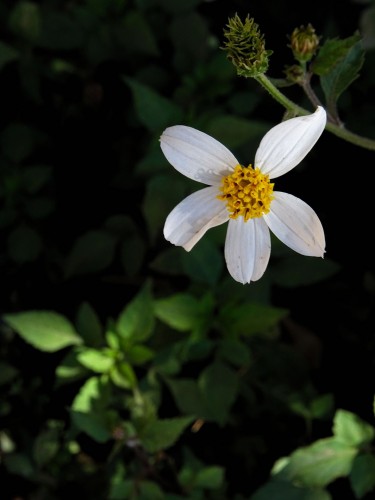 How to Incorporate Edible Flowers into your Holiday Meals

Edible Squash Blossoms to Share with Family and Friends