Snowdrop, also referred to as common snowdrop, and botanically known as galanthus nivalis, is a perennial low-growing flowering plant belonging to the amaryllis family. It is native to Asia and Europe.

Snowdrops thrive in cold climates. They prefer growing in well-drained soils with sufficient moisture and humus. Snowdrops can grow either in full sun or partial shade.

The plants bloom as the snow melts late in winter, mostly in February or March. Snowdrops produce white flowers hanging down from their stalk. The flowers are not only beautiful due to their snow-white color, but the blossoms also pack a sweet, honey-like scent.

Snowdrop’s genus name, galanthus, refers to the white color of the plant’s flower. The second botanical name, nivalis, is a Latin word for snow-like.
Though snowdrops are often mistaken for snowflakes (leucojum aestivum ), the two plants are quite different but related. Part of the reason people confuse snowdrops with snowflakes is that both of them produce white flowers. However, unlike snowdrops that announce the coming of spring, snowflakes bloom well into spring.

The white flowers of the snowdrop plant are often seen as symbolizing hope and innocence. Few things inspire hope at the end of winter more than the delicate yet brave shoots of snowdrops peeking out from the cold, frost-covered ground. The sight of these delicate shoots braving the frost gives hope that spring is just around the corner. Better still, these plants with innocent looking flowers contain a compound known as galantamine. This is an alkaloid used in treating Alzheimer’s disease.

The medicinal qualities of snowdrops were first exploited by the Greeks, who used the plant for mind-altering purposes. In Homer’s Odyssey, Homer claims Odyssesus used snowdrop to help his mind to focus and shake off Circe’s (the sorceress) incantations that had already changed his men into swine.

Galantamine was first extracted from snowdrop in the 1950s by a Bulgarian chemist. The physician developed an interest in the plant when he noticed locals rubbing their faces with various parts of the plant.

In 1958, the alkaloid was approved and recognized as a pharmaceutical drug in Bulgaria while the FDA approved it in 2001. Currently, galantamine is used as a supplement to enhance memory for people suffering from dementia and Alzheimer’s disease.

Apart from being used as a memory-enhancing drug and supplement, galantamine is used to treat nervous system disorders as well as to regulate menstrual flow. In some instances, the alkaloid is known to induce abortion in the first trimester of pregnancy.

Snowdrops give hope in their snow-white innocence, but they do much more than that by bestowing humankind with a compound holding the promise of helping people battling dementia and Alzheimer’s disease. 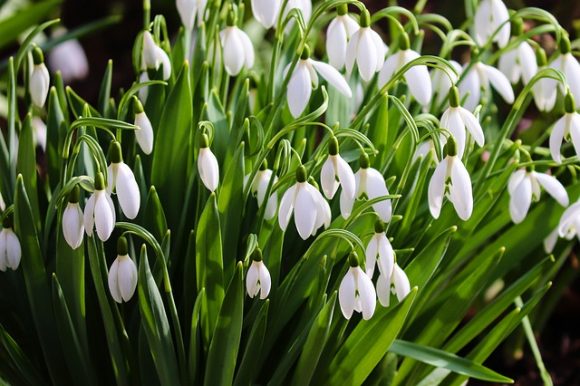 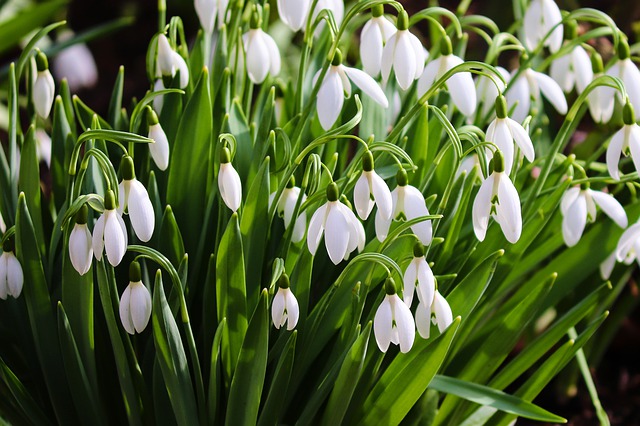 Article Name
Snowdrop flower: Beyond white innocence
Description
Snowdrop, also referred to as common snowdrop, and botanically known as galanthus nivalis, is a perennial low-growing flowering plant belonging to the amaryllis family. It is native to Asia and Europe.
Author
Ephy