Brassica rapa, commonly referred to as tatsoi, spoon mustard, tah tsai, and spinach mustard, is a biennial, low-growing plant. It is native to Asia and considered an ancient vegetable but has been introduced to many parts of the world including North America.

Tatsoi is a quick-growing plant and can be harvested 45 days after planting. It forms a rosette of spoon-shaped, emerald green leaves with a glossy texture and features short, lime green, succulent stems.

The plant thrives in partial shade with about 4 hours of sunlight daily and prefers cool weather. Tatsoi is hardy enough to withstand low temperatures and can even be harvested under the snow. However, frosty conditions usually make it bolt. The plant prefers well-drained, moist, and fertile soil. In cold weather, tatsoi hugs the ground but in warmer places, it grows more upright. Just like most vegetables, it requires moist conditions and irregular watering results in bolting.

Edible parts of the plant include the leaves, flowers, and stems when they are still tender. The flowers are at their best before they open up completely and are considered a crunchy delicacy. Note that by the time tatsoi is flowering, it means the plant has bolted. Therefore, some parts of the plant that were previously edible such as the stems and most of the older leaves are tough and bitter.

Tatsoi has the characteristic 4-petal blossoms of the brassica or cabbage family, making it a close relative of the cauliflower.
When raw, it has a nutty flavor but when cooked, it develops a spinach-like earthy taste. Tatsoi can be stir-fried, steamed, or simmered in stews.

The plant has sufficient levels of vitamin A, K, folate, carotenoids, and calcium. It is a highly versatile herb and can be used as a spinach substitute. Actually, you can use tatsoi anywhere you use spinach. The vegetable goes well with other salads such as arugula and spinach. Tatsoi is also known to pair perfectly with mint, apples, and garlic.

Spoon mustard has a short shelf life and lasts a few days even in cold storage. To preserve its flavor and extend the vegetable’s shelf life, put in a plastic bag and place it in a refrigerator with other cold storage vegetables.

Though this ancient delicacy is not as popular as its close relatives such as spinach and broccoli, tatsoi packs a heavy nutritional punch which is a good reason to cultivate it in your garden. 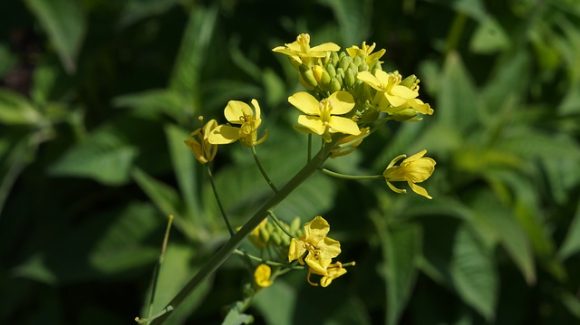 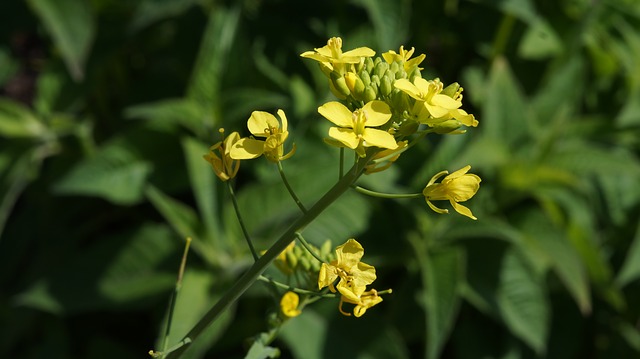 Article Name
Tatsoi Flowers: Crunchy Delicacies
Description
Brassica rapa, commonly referred to as tatsoi, spoon mustard, tah tsai, and spinach mustard, is a biennial, low-growing plant. It is native to Asia and considered an ancient vegetable but has been introduced to many parts of the world including North America.

Cow Parsley: Edible and Tasty, But be Sure What You’re Eating