Nerium oleander, also known as pink oleander, Jericho rose, oleander, kaner, rosa francesa, rosebay, and rose laurel, is a flowering shrub in the dogbane family. It is native to Asia but has spread to other regions including Africa and North America due to its showy flowers. In the US, oleander occurs in USDA hardiness zones 8-11.

The plant has green, leathery and paired leaves that are linear or elliptic. It brings forth flowers in clusters borne on terminal branches. The blossoms have a funnel shape with five petals and are highly fragrant. Flowers come out in red, pink, white, yellow or peach colors.

Pink oleander is an easy plant to grow and does not require a lot of care, unlike most ornament plants. Though it prefers to grow in sunny places, pink oleander can grow in partial shade. In addition, Jericho rose can adapt to harsh growing conditions including salty areas, wetlands, and dry soils.

[Disclaimer: Ingesting oleander is known to cause nausea, dizziness, loss of consciousness, weak pulse and death due to heart failure. In addition, The Right Flowers is not a medical site. Knowledge of and information about the therapeutic benefits and applications of flowers, while known through the ages, does not constitute medical advice. If you are having health issues, you should consult with a physician.]

This beautifully flowering shrub prefers to grow in well-drained, moist soil with plenty of sunlight. In the wild, it is easily found growing along river banks and streams. Normally, rosebay is cultivated in gardens and yards for its lovely green foliage and beautiful, fragrant flowers. It is also widely used as a hedge and for landscaping.

While oleander is considered an ornamental plant and is commonly cultivated for its beautiful flowers, you should never get fooled by its beauty as kaner is highly toxic. The plant’s beauty has fooled countless people including kids into eating the blossoms or leaves, only to end up in the emergency room.

Basically, oleander (flowers, leaves, stems, and roots) has two toxic cardiac glycosides: neriine and oleanderin. These two compounds are hard to deactivate or eliminate, as demonstrated by their presence in the smoke when kaner plants are burned.

The presence of cardiac glycosides in the plant means that it can be used in the treatment of cardiovascular conditions. The glycosides are similar to those found in digitalis purpurea, commonly known as foxglove, the plant used to produce digitalis, a drug for treating cardiovascular conditions. In addition, kaner has antimicrobial, astringent, antibacterial and anticancer properties. These compounds make it ideal for use in the treatment of scabies, diabetes, corns, asthma, wounds, and epilepsy.

All that said, again, don’t go eating oleander out of the garden – it takes a medical professional with knowledge to prescribe the compounds make from oleander, compounds that are manufactured by other professionals.

Oleander is another good example of the many plants with showy flowers that are ideal for ornamental purposes but with deadly toxins. But just like other deadly plants such as foxglove, the toxins can be harnessed for medicinal purposes. 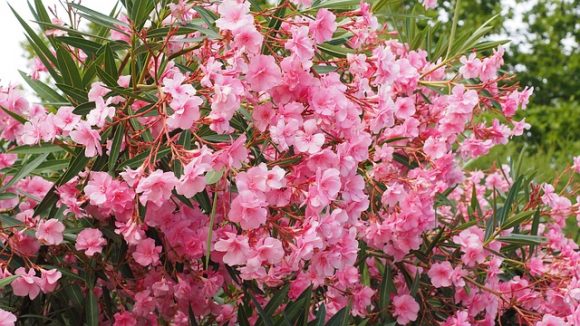 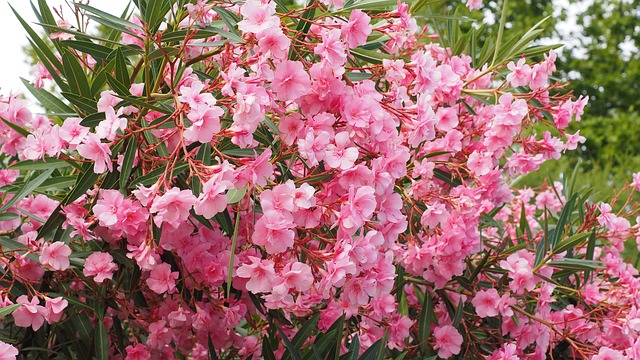 Article Name
Oleander: Beautiful, deadly but good for heart conditions under medical supervision
Description
Nerium oleander, also known as pink oleander, Jericho rose, oleander, kaner, rosa francesa, rosebay, and rose laurel, is a flowering shrub in the dogbane family. It is native to Asia but has spread to other regions including Africa and North America due to its showy flowers. In the US, oleander occurs in USDA hardiness zones 8-11.
Author
Ephy

Hawthorn: A Heart-friendly Symbol Of Love
Comments: Comments Off on Oleander: Beautiful, Deadly But Good For Heart Conditions Under Medical Supervision Posted by: Florist Ephy Categories: Beneficial Properties of Flowers