Sundew, A Beneficial Carnivorous Flower With A Sour Twist

Sundew, also known as red rot, dew plant, and botanically known as drosera rotundifolia, is a small, perennial flowering plant in the droseraceae family. The plant is native to Europe, America, and Asia but has spread to other regions except for Antarctica.

Sundew grows in swampy habitats and is easily found in ponds, bogs and river banks. It thrives in direct sunlight and can endure poor soils with low nitrogen content.

In spite of deceptive appearance as an ordinary plant, the sundew is no ordinary flower as it hides an ominous secret: it preys on insects to supplement its nitrogen demands. How can a plant go grabbing insects for dinner? Well, while it does not go chasing insects, the sundew has a whole bag of tricks for pulling in its dinner.

Sundew’s leaves are covered with tiny bristles that produce a gooey substance. When illuminated by sun rays, the sticky sap looks like dew and attracts insects to the plant. As soon as insects perch on the leaves, it is trapped by the gluey substance. The tiny bristles, now stimulated by the movements of the struggling insect bend inwards and clamp hard on the insect making it impossible to escape. At the same time, more sap with digestive compounds rush in and start breaking down the insect’s body into a protein that can be utilized by the plant. Sounds creepy, right? No need to worry, the sundew does not have an appetite for larger game, so you are safe.

Sundew blooms from July to August producing white or pink blossoms. The flowers normally open up in the afternoon, which is curiously the same the time that sundew exudes the ominous gooey sap.

In spite of its strange carnivorous habits, sundew has medicinal properties. The plant’s flowers and leaves have compounds that are highly beneficial. Red rot is known to have antispasmodic, antitussive, antibiotic, antibacterial, expectorant and demulcent qualities.

The beneficial compounds of the sundew plant were first discovered in the 13th century when herbalists realized that the sap produced by the plant’s leaves and flowers was highly effective in treating tuberculosis.

Later during the 16th century, John Gerard, an English herbalist noticed that physicians in his time prescribed sundew extracts for problems affecting the respiratory system. Today, the plant is used to treat respiratory problems including asthma, cold, and flu. In addition, it is used to boost libido and can be applied topically to treat warts and corns as it contains digestive enzymes.

Sundew is not only beneficial for its medicinal qualities, but the plant’s extracts are also used to curdle milk. The milk is heated and the extracts added in the course of heating to make the milk sour.

Traditionally, the dew plant was harvested in summer when it is in full bloom and dried to preserve it for later use. However, since the plant is now a rare plant that is considered threatened in some regions due to loss of habitat, sundew should not be collected from the wild.

Sundew is an ideal flower to have in your yard. As long as you can mimick its natural habitat, you will not only wake up to a garden with glittering flowers, the plant will also work overtime to eliminate troublesome bugs such as crickets and mosquitoes. In addition, you will also enjoy its herbal and culinary benefits. 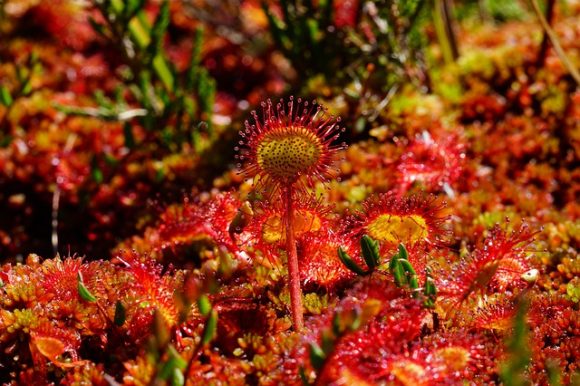 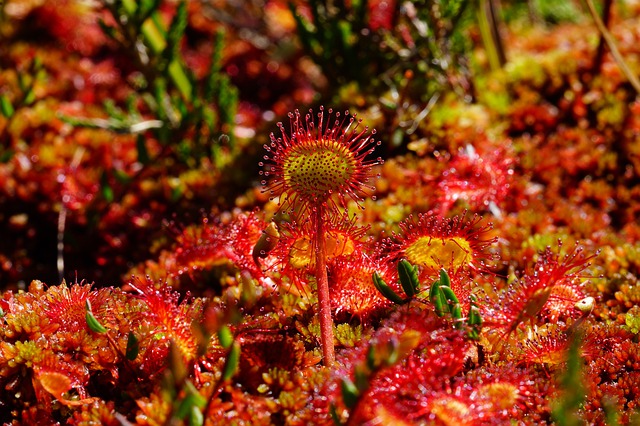 Article Name
Sundew, a beneficial carnivorous flower with a sour twist
Description
Sundew, also known as red rot, dew plant, and botanically known as drosera rotundifolia, is a small, perennial flowering plant in the droseraceae family. The plant is native to Europe, America, and Asia but has spread to other regions except for Antarctica.
Author
Ephy

Harebell Flowers: A Beneficial Plant With A Bunny Connection