The Anticancer, Antibacterial and Antiviral Potential of The Currant Bush

Currant bush, also known as prickly fan flower, maroon bush, and botanically referred to as scaevola spinescens, is a flowering plant belonging to the goodeniaceae family. It is native to Australia where it has been used as aboriginal medicine for ages.

The prickly fan flower is a hardy, evergreen shrub that closely resembles rosemary. It is commonly found in semi-arid areas and scrublands. The maroon bush is highly tolerant and can withstand drought and mild salinity.

The plant features prickly foliage and produces yellow or cream-colored blossoms in summer. As a herbal remedy, native communities used it to treat various ailments including urinary tract problems, colds, rashes stomach problems and boils. These tribes used the whole plant to treat sores by crushing the leaves, flowers, and stems and steaming them. The physicians would treat the boils by steaming them with the maroon bush vapor.

Alternatively, the crushed aerial parts are steeped in boiling water for about an hour and left to cool down overnight. The concoction is strained, and the debris discarded while the resulting infusion is taken orally to treat various conditions.

Basically, the active compounds in the maroon bush are phenolic compounds. These compounds give the plant the ability to inhibit the progression of cancer and kill cancer cells because they have antioxidative effects.

In a study published in PubMed Central, researchers sought to investigate the antiviral, and antibacterial ability of the currant bush. Out of the 14 different bacteria tested, the results showed that currant bush extracts were highly effective in inhibiting 6 out of the 14 bacteria. The extracts were shown to inhibit the growth of both Gram-positive and Gram-negative bacteria. In addition, the results indicated that maroon bush extracts had antiviral activity minus toxicity which often results in negative side effects.

Using the above results, researchers concluded that the claims made by the Australian Natives were correct.

While the currant bush is not famous for its flowers, it is still a useful plant due to its herbal properties plus its ability to withstand harsh growing conditions. 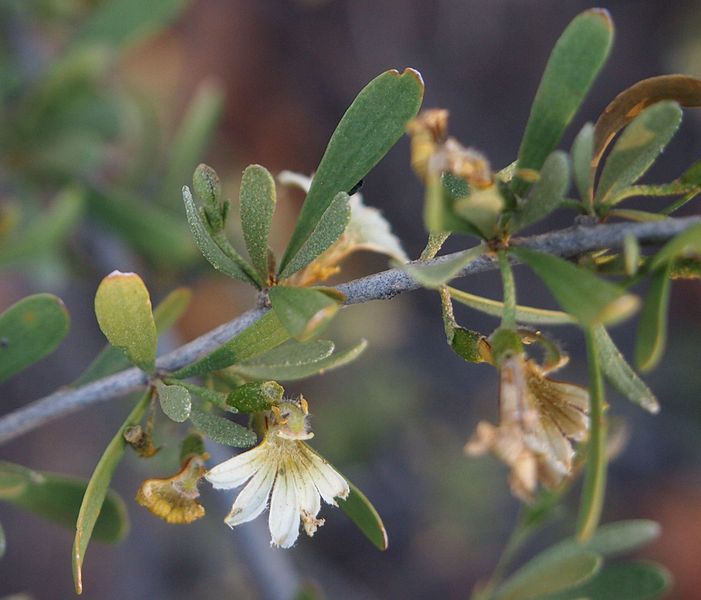 Article Name
The Anticancer, Antibacterial and Antiviral Potential of The Currant Bush
Description
Currant bush, also known as prickly fan flower, maroon bush, and botanically referred to as scaevola spinescens, is a flowering plant belonging to the goodeniaceae family. It is native to Australia where it has been used as aboriginal medicine for ages.
Author
Ephy