Turmeric, also known as Indian saffron, and botanically known as curcuma longa, or curcuma aromatica, is a flowering plant in the zingiberaceae (ginger) family. It is thought to have originated from India before spreading to Africa, Asia and other regions of the world including North America.

Traditionally, turmeric was used for years in folk medicine in Asia to treat illnesses such as acute and chronic pain as well as respiratory conditions. Ancient Egyptians commonly exploited the plant as a herbal remedy or dye for coloring their clothes as early as 1500 BC. In modern times, turmeric is used as a spice. It is one of the main components of curry powder. The plant’s extracts are also used as supplements in the form of pills. Turmeric is such a potent supplement that it is considered a wonder or superfood. It is also used as an herbal remedy to treat various conditions.

Most of the turmeric you see in food and spice stores comes from the plant’s rhizomes which are normally dried and ground into a fine powder. However, there are other beneficial parts of the plant including its blossoms.

Turmeric brings forth funnel-shaped flowers with pink, white and yellow colors. The flowers emerge in summer between leafy bracts or modified leaves of the turmeric plant. They have a pungent smell just like the rest of the plant.

The flowers are quite rare as the plant does not come into bloom very often. In spite of being rare, the flowers are very beautiful and have songs sang in praise of their beauty in Hawaii. Turmeric flowers are edible and have a lettuce-like flavor.

The flowers can be eaten raw as a vegetable salad or chopped, stir-fried and served with onions, beans, and fried lobster. They can also be added to pasta or rice to give these dishes an aromatic flavor.

Since the flowers are highly delicate and do not store well, they should be used soon as they are harvested. However, you can keep them fresh for a few hours by wrapping in a plastic bag and storing them in the refrigerator.

Turmeric flowers contain curcuminoid, a compound found in the whole of the plant which gives the rhizomes their signature orange-yellow color. Among the main components of curcuminoid is curcumin, a potent compound with antioxidant, antimicrobial, and anti-inflammatory properties.
Turmeric is known to help in managing chronic pain caused by arthritis and diabetes. It is also used to treat various cancers as well as Alzheimer’s disease.

So, its no myth, turmeric is a real superfood. And you should consider growing it in your garden to harness all the above benefits. 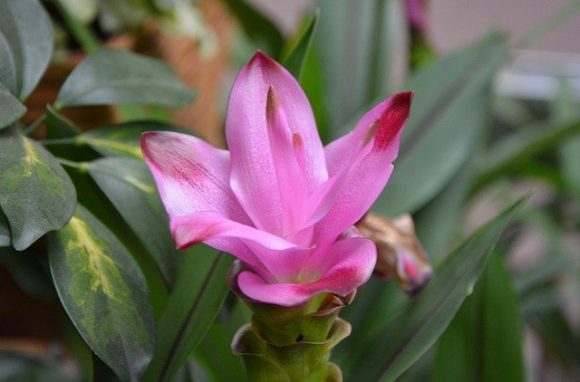 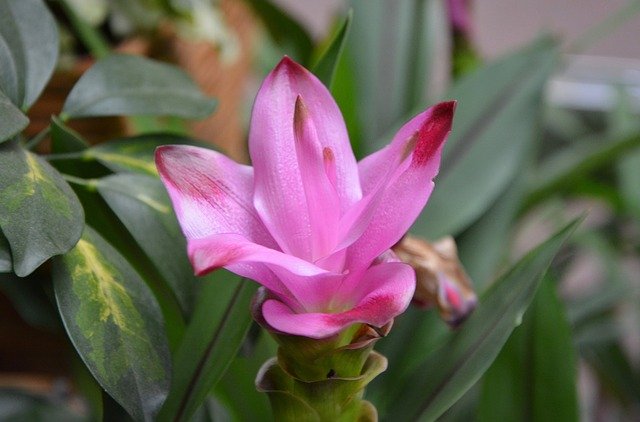 Article Name
Turmeric flowers: Superfood or myth?
Description
Turmeric, also known as Indian saffron, and botanically known as curcuma longa, or curcuma aromatica, is a flowering plant in the zingiberaceae (ginger) family. It is thought to have originated from India before spreading to Africa, Asia and other regions of the world including North America.
Author
Ephy

Bearberry: Food For Bears and Humans Too