The plant’s botanical name, chelone glabra, has an interesting history. In popular Greek folklore, Chelone was a haughty mountain nymph who failed to attend the marriage of Zeus and Hera. Zeus was infuriated and punished her by placing Chelone’s house on top of her. The other gods joined in and turned Chelone into a turtle and further condemned her to carry her house forever on her back in silence. In Greek, the word chelone (khelônê) means a turtle or tortoise.

When viewed from the side, white turtlehead’s blossoms look like a little turtle with an open mouth, this striking resemblance is thought to have contributed to its first scientific name. The second scientific name, glabra, is a Latin word for smooth. This refers to the smooth appearance of the plant as it does not have hair on the stem or leaves.

Rheumatism wort is native to North, Eastern and Central America as well as Canada. The plant’s natural habitat is known to stretch from Georgia to Mississippi in the US and Manitoba to Newfoundland, Canada.

White turtlehead thrives in swampland margins, bogs, wetlands and gardens in wooded areas. It prefers fertile, wet or moist soils with some shade.

Fishmouth has erect stems and elongated leaves occurring opposite each other. It blooms in late summer, producing creamy white or pink-tinged flowers. Fertilized flowers are replaced by flat, winged, seed capsules. The flat shape and wings help in dispersing the seed by floating on water or being blown around by the wind.

White turtlehead has been used for generations in the herbal field. The plant is harvested when in full bloom and dried for medicinal purposes. It is considered a bitter herb with vermifuge, anthelmintic, cathartic, and digestive properties. The bitter, tea-like qualities make it ideal for making tisane used for treating various ailments.

Native Americans commonly used the flowers to make an infusion for enhancing digestion, treating wounds, and fever. It was also used to dry and cure skin sores and prevent conception.

An infusion derived from this plant has tonic effects and is commonly used for treating indigestion, gallbladder and liver conditions. The infusion is also used to treat mental disorders including depression.

Ultimately, white turtlehead is an interesting plant that you should have in your garden for ornamental and herbal purposes. 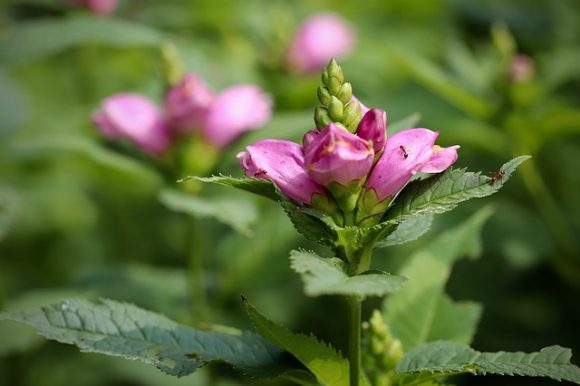 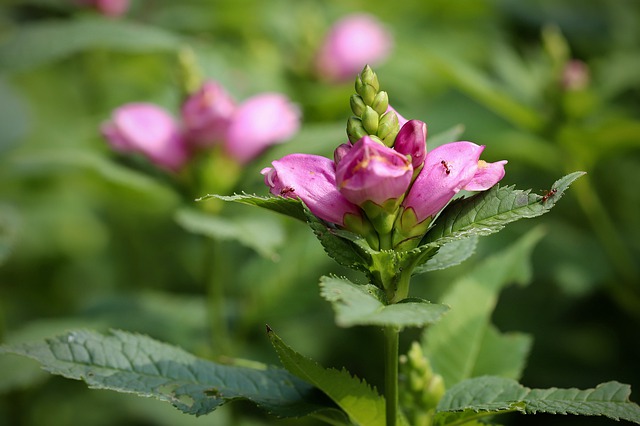 Article Name
White turtlehead: An old herb with tonic effects
Description
White turtlehead, also known as fishmouth, snakehead, shell flower, turtle bloom, and rheumatism wort, is a perennial, flowering herb belonging to the plantain family. The herb, botanically known as chelone glabra, was once categorized under the snapdragon family before botanists moved it to the plantain family.
Author
Ephy