Calotropis gigantea, commonly known as crown flower, or giant milkweed, is a shrub belonging to the milkweed family. The plant occurs in tropical and subtropical regions and rarely grows in cold areas.

[Disclaimer: Crown flower’s leaves and stems produce a toxic milky sap when bruised. Native tribes dipped their arrowheads into the sap to make poisoned arrows for hunting prey. The sap is known to cause keratoconjunctivitis and loss of vision and hence should be used with caution. In addition, The Right Flowers is not a medical site. Knowledge of and information about the therapeutic benefits and applications of flowers, while known through the ages, does not constitute medical advice. If you are having health issues, you should consult with a physician.]

Crown flower is native to Asia but was introduced to the Pacific region, Africa, Central and Southern America as an ornamental plant. In some regions, the plant was introduced accidentally and became a noxious weed.

The giant milkweed is an attractive, evergreen, flowering shrub that grows along roadsides, waterways, dry coastal areas, and disturbed places. The shrub has oblong leaves on opposite sides of each other. They are mildly leathery and feature a fine layer of soft hair. It produces hermaphroditic, light green-yellow, lilac, purple or rose blossoms with a subtle fragrance from March to October.

Antidiabetic
Crown flower has compounds with antidiabetic effects that are said to have the potential of helping diabetics deal with the condition. Studies show that the flowers and leaves of the giant milkweed hold a lot of potential in treating diabetes. These studies indicate that extracts of the crown flower are capable of boosting the sensitivity to insulin and enhance the production of inulin.

In a study published in PubMed Central, researchers sought to find out the antidiabetic and hypoglycemic effect of crown flower blossoms and leaves. For this study, researchers used rats with streptozotocin-induced diabetes and normal rats.

The normal rats were given an oral treatment of chloroform extract of giant milkweed flowers and leaves at 10,20,50 mg/kg. To test glucose tolerance, glucose was administered to the rats alongside the leaf and blossom extract at oral doses of 10,20 and 50 mg/kg and 10 mg/kg of glibenclamide. Rats with streptozotocin-induced diabetes were given similar doses of standard drugs and crown flower extracts

As a result of the observations made above, researchers concluded that giant milkweed flower and leaf extracts have potent antidiabetic effects. 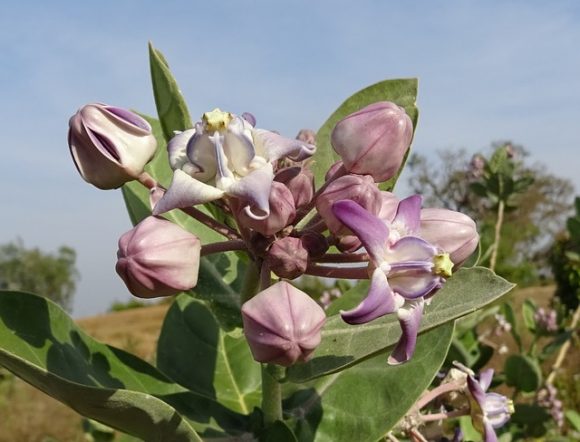 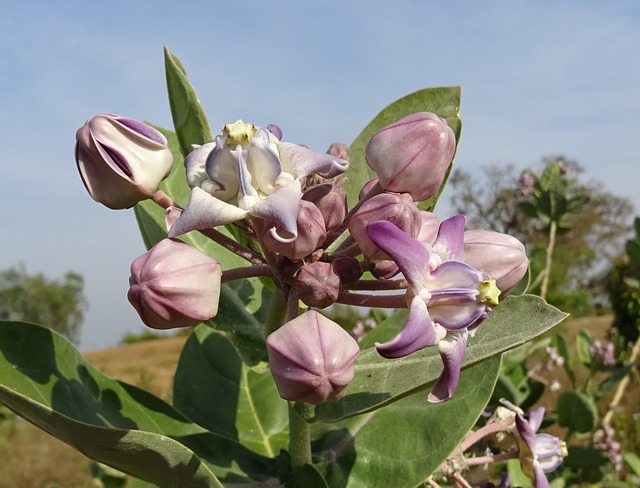